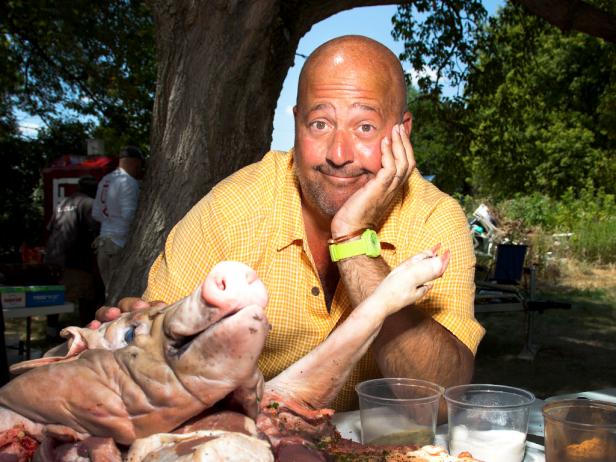 It is time to get ready for a new season of Bizarre Foods. The series has been renewed for season 13, and the new season will premiere next month.

Travel Channel revealed more about the return of this series in a press release. Check that out below.

“Andrew Zimmern embarks on an epicurean exploration to reveal the food and stories behind notable characters, cultures and mythology in the new season of Travel Channel’s “Bizarre Foods” with Andrew Zimmern. Premiering on Tuesday, January 23 at 9 p.m. ET/PT, the seven-episode season is a celebration of Zimmern’s boundless appetite for culinary history and its cultural impact on a location. From episode to episode, he plunges into the history of the Aztecs in Mexico; traces Napoleon’s march through Poland; and examines the folklore behind North America’s most storied personalities including Don Juan De Onate, Jesse James and Paul Bunyan.

“This season’s adventures proved to be some of our most epic,” says Zimmern, “to follow in Napoleon’s footsteps through Poland allows for cultural and culinary discoveries you would never have any other way. From the North Woods of the fabled Paul Bunyan to the Mexico City of the Aztecs, this is one of the most exciting seasons we’ve ever made.”

In the season premiere, Zimmern explores his adopted home state of Minnesota by following along the Paul Bunyan Trail. As he discovers more about the larger-than-life logger, he samples the beloved food of Bunyan’s northern Minnesota – including muskrat with gravy, duck stew and bear pastrami. Zimmern also partakes in a horseradish harvest, a traditional crockpot-filled potluck party that celebrates Minnesotan culture and a crayfish boil that proves to be a delicious solution to the state’s crustacean invasion.

A four-time James Beard Award-winning TV personality, chef, writer and teacher, Andrew Zimmern is regarded as one of the most versatile and knowledgeable personalities in the food world.”

Are you excited for the return of Bizarre Foods? Tell us what you think.

I love Andrew Zimmer. Please bring his show back on. You could always count on him to tell the truth about the food he ate, I would hate to go to one of those places and find that he lied.