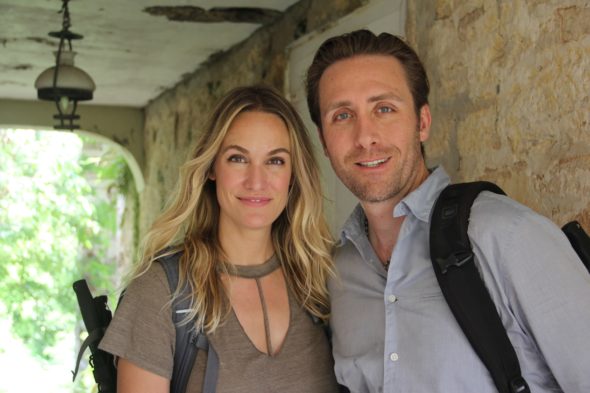 Travel Channel is headed back to the sea. Recently, the network announced season two of Caribbean Pirate Treasure will premiere in June.

NEW YORK (April 26, 2018) – Dive into exhilarating deep-sea adventures with underwater explorers Philippe Cousteau, grandson of legendary explorer Jacques Cousteau, and his journalist wife, Ashlan, as they investigate incredible stories of pirates’ plunder and lost loot in the new season of “Caribbean Pirate Treasure.” Premiering with back-to-back episodes on Wednesday, June 13 at 10 p.m. and 10:30 p.m. ET/PT, Philippe and Ashlan travel to tropical beach destinations including Bermuda, Puerto Rico and Florida to explore the fascinating tales of legendary shipwrecks, ruthless pirates and sunken treasure that lurk beneath the surface.

“This season, the dives are more intense, the stakes are higher and the stories are even more alluring,” said Philippe. “From the Atocha’s lost sister ship in Key West to Jean Lafitte’s multi-billion dollar treasure, we’re investigating some of history’s biggest and most notorious shipwrecks.”

“Each story is full of adventure and discovery – we’re diving into crystal blue waters, rough seas and sometimes wide-open oceans still trolled by modern-day pirates and looters,” added Ashlan. “We are going wherever the story takes us in search of answers to these sunken mysteries.”

In the season opener, Philippe and Ashlan head to Ecuador where they risk angry seas and modern-day pirates to investigate the ruthless buccaneer, Bartholomew Sharp. Did he attack a ship in the rough waters surrounding Dead Man’s Island in 1681 and kill 300 men while pursuing his treasure – much of which could still be on the ocean floor? Alongside armed Ecuadorean Navy escorts, Philippe and Ashlan make the dangerous crossing to the eerie island in search of clues to the fate of the lost men and their loot. Diving into the area’s roiling waters, they uncover a stunning clue to the mystery that changes the course of the entire investigation.

What do you think? Have you seen Caribbean Pirate Treasure? Will you watch season two?