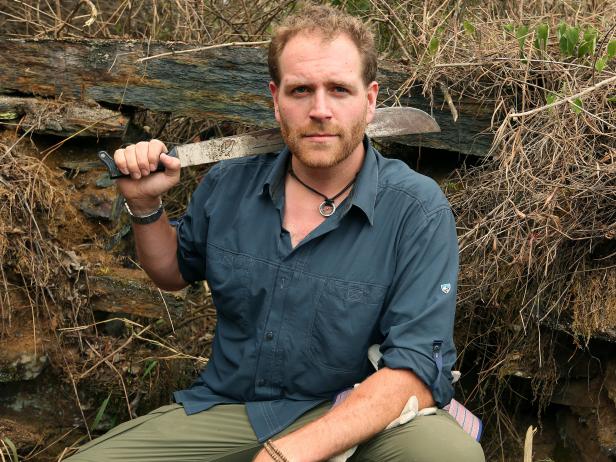 It is time to get ready for more adventures with Josh Gates. The fourth season of Expedition Unknown will arrive right after Christmas! Consider it a late gift.

Travel Channel revealed more about the return of the series in a press release. Check that out below.

“Adventurer and explorer Josh Gates returns to Travel Channel in an all-new season of the top-rated series, Expedition Unknown,” on Wednesday, December 27 at 9 p.m. ET/PT. This time, Gates’ insatiable curiosity and appetite for adventure leads him to destinations around the world, uncovering the truth behind more illustrious legends and fascinating lore. With access to the latest research and scientific technology, Gates tackles 12 all-new expeditions, including: the history of the mighty Vikings; the mystery of Stonehenge; the lost tombs of the Mayan Snake Kings; the search for a ship trapped in the dunes of Australia; a quest for the true identity of Nefertiti; and the hunt for 12 buried treasure boxes hidden right here in America.

“This season of Expedition Unknown is all about icons,” said Gates. “From discovering the true origins of Stonehenge to exploring beneath the enigmatic pyramids of the Mayan empire, we’re making incredible discoveries at the world’s most impressive landmarks. But, we’re also tackling iconic items such as the lost treasure of America’s most notorious pirate and the stolen ruby slippers from The Wizard of Oz. Plus, we’re hot on the trail of history’s most infamous characters, from Wild West bandit Butch Cassidy to high-ranking Nazis in South America and the sunken tomb of Cleopatra. These are our biggest adventures yet, and I can’t wait to take our fans with us on the journey.”

The season kicks off with a two-part episode focused on the mysterious and powerful Vikings. From Denmark and Iceland to the United States and Canada, Gates treads into Viking territory in an effort to unlock answers to their most enduring secrets. How did they attain and sustain their power? Why did the population in Greenland just vanish? How far did they really travel? Many believe the Vikings’ lost settlement, “Vinland,” established in 1000 AD, is in Canada, but could new evidence prove that it’s actually here in America? It’s a revelation that could rewrite history.

Catch a special screening of the first half of the two-part premiere beginning Wednesday, December 13 on TravelChannel.com, VOD, TV Everywhere and additional digital platforms. Check out Expedition Unknown on TravelChannel.com for show extras including behind-the-scenes photos, on-location videos and travel tips from Josh Gates. Follow @TravelChannel and #ExpeditionUnknown for more exclusive content and updates. Follow host Josh Gates on Twitter: @joshuagates and on Instagram: @gatesygram.”

After he white washed Queen Nefertiti I will not be supporting this show no longer or the net work.

Very happy this show will be coming back. Tried to get into the Destination Ttuth show because we a big fans of Josh – but it is too Blair Witch for me with fake drama and made up scare tactics. Happy to see Josh hasn’t thrown in the towel on real history topics. Wish the Destination Ttuth show wasn’t so fake could have been a good show had you guys left some of the Hollywood out of it and just let him investigate the true history of those topics …