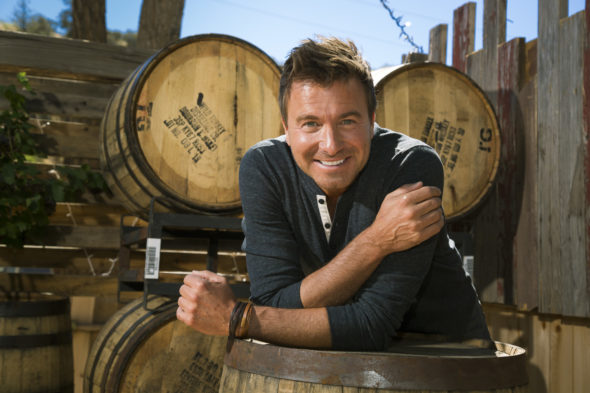 The docuseries follows Jack Maxwell as he searches for the best cocktails across the globe. This season, he’ll be traveling to Tahiti, Arizona, the Caribbean, Chile, Costa Rica, Czech Republic, France, Italy, Michigan, Taiwan, New England, New Mexico, the Pacific Northwest, the Rocky Mountains, and more.

NEW YORK (November 20, 2017) – Get ready for a shot of adventure and a chaser of fun when cocktail connoisseur Jack Maxwell returns for the new season of “Booze Traveler” on Monday, December 18 at 11 p.m. ET/PT. On his all-new global cocktail crawl, Maxwell soaks up some of the world’s most exotic drinks and striking destinations, starting in tropical paradise, Tahiti. During the season, he heads to Scandinavia to explore the magical origins of the “mead of poetry” drink that, as Viking legend has it, turns those who drink it into a poet and scholar. And, he gets to share a pint with a Robin Hood impersonator in England’s Sherwood Forest. Throughout the 16-episode season, Maxwell will also visit Arizona, the Caribbean, Chile, Costa Rica, Czech Republic, France, Italy, Michigan, Taiwan, New England, New Mexico, the Pacific Northwest, the Rocky Mountains and more.

“Cheers to more fascinating escapades with new friends, while toasting long-held traditions in some of the most breathtaking places on the planet!” said Maxwell. “My wonderfully enlightening international, cultural adventures always include a reason to celebrate. It’s the same everywhere around the world.”

The season opens on the pristine shores of Tahiti, where Maxwell immerses himself in the culture of the island paradise and has an authentic tamure dream – a drink aptly named for a traditional Tahitian dance, made with over 7,000 orange peels and freshly harvested sugar cane. Maxwell also shares a beer with pearl divers after gathering some of the world’s rarest pearls, learns the secrets of harvesting vanilla and tastes both brut d’ananas — a sweet and refreshing pineapple champagne, and pia uru — a favorite local beer brewed from breadfruit.

What do you think? Have you seen Booze Traveler? Will you watch the new season?

Love the show! Hopefully a new season will be out soon.

The show is great.

he is dangerous to recovering alcoholics.

he is a drunken slob, dangerous to the youth of our audience. how do you explain him to recovering alcoholics?

One of my fav shows…cannot wait !!

I LOVE IT….couldn’t wait anymore! Jack is a cool and sexy dude..

We were looking forward to the Booze Traveler returning. We will watch every episode, we think Jack is great.