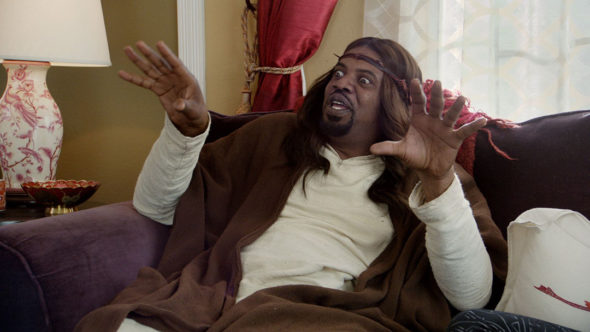 Black Jesus has finally been resurrected. According to The Wrap, season three of the Adult Swim TV show will premiere later this month.

The comedy series, which last aired in 2015, “features an African-American Jesus Christ living in modern-day Compton, California, on a mission to spread love and kindness throughout the neighborhood with his small group of followers.” The cast includes Gerald “Slink” Johnson, Charlie Murphy, and John Witherspoon.

What do you think? Have you seen Black Jesus? Will you watch the new season?

Use Dave Chapelle… he can at least do the voice.

I am soooo Happy My Black Jesus is back!!

He has risen! Good to see my old friend JC back on the screen soon!