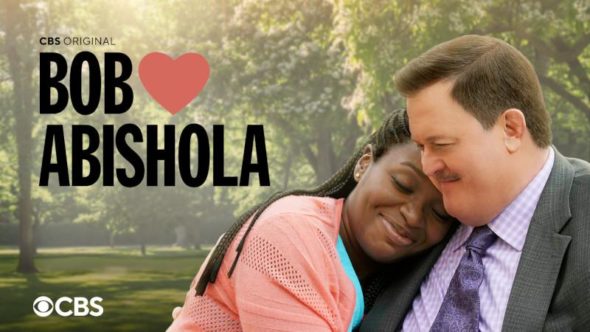 While Bob ♥ Abishola isn’t the highest-rated sitcom on CBS, the show has been a solid performer for the network. Will that trend continue? Will Bob ♥ Abishola be cancelled or renewed for season four? Stay tuned.  *Status Update Below.

A romantic comedy series, Bob ♥ Abishola (read as “Bob Hearts Abishola”) stars Billy Gardell, Folake Olowofoyeku, Christine Ebersole, Matt Jones, Maribeth Monroe, Vernee Watson, Shola Adewusi, Barry Shabaka Henley, Travis Wolfe Jr, Gina Yashere, Bayo Akinfemi, and Anthony Okungbowa. As the story begins, Bob (Gardell) is the owner of a very successful compression sock factory in Detroit and runs the business with his mother (Ebersole), his sister (Monroe), and his younger brother (Jones). The stress of the job lands Bob in the hospital with a heart attack and he falls in love with his cardiac nurse, Abishola (Olowofoyeku), an immigrant from Nigeria. She came to America with her young son (Wolf Jr.) and they live with her Auntie Olu (Adewusi) and Uncle Tunde (Henley). Despite their very different backgrounds and her initial lack of interest, Bob is determined to win Abishola’s heart.

For comparisons: Season two of Bob ♥ Abishola on CBS averaged a 0.62 rating in the 18-49 demographic and 5.18 million viewers.

What do you think? Do you like the Bob ♥ Abishola TV series on CBS? Should it be cancelled or renewed for a fourth season?

God how low can people go. If people think this funny then I guess we’ll become basically a vanilla society as they say. There’s nothing funny about this show just left tracks everywhere the lead actors are OK they’re not great so why did this get renewed? Because people wanna watch something regardless if it’s good or not to get away from the problems. I no longer pay for TV or satellite TV why because it shows like, When I see shows that were canceled earlier than they should and shows like this that are continuing it just shows the… Read more »

Please don’t cancelled love this show so funny. Look forward to seeing it every Monday night comedy night. Enjoy it and love it. Never missed any episode of it.

I enjoy watching Bob❤Abishola is original and funny. I am glad that it was renewed and hope that is renewed next year. It is fun. It is worth watching.

Funniest show since The Big Bang theory comedy look forward every Monday family night enjoy it and love it. Never missed any episode of it.

All due respect it’s not the funniest show since then it’s just based upon all of Chuck Lorre’s views of what comedy is sadly. Same laugh tracks same bringing old successful comedians into the show etc. etc. etc. Other than that this is just such a rehash of the same garbage that is put on every single night on CBS. I’ll do respect to your comment though.