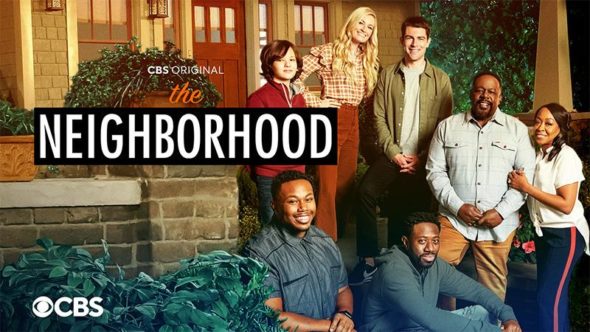 Despite not having a lead-in for support on Monday nights, The Neighborhood has become one of CBS’ top-rated sitcoms. Will that trend continue for the 2021-22 television season? Will The Neighborhood be cancelled or renewed for season five? Stay tuned.  *Status Update Below.

For comparisons: Season three of The Neighborhood on CBS averaged a 0.76 rating in the 18-49 demographic and 5.55 million viewers.

What do you think? Do you like The Neighborhood TV series on CBS? Should it be cancelled or renewed for a fifth season?

*1/25/22 update: The Neighborhood has been renewed for a fifth season on CBS.

I see this one often. Ngl, I’m not in love. I think it had potential (and still does I guess) but it’s just not that funny. The jokes aren’t great, the characters don’t have too much personality, and when they’re not inside the sets look so weird. Like, there’s an episode where they’re car broke down in the desert and like, I’m letting myself get off topic it was that weird. I could see the backdrop of the sky. But anyways, yeah, it’s the definition of “meh”. I watched it because bob/abishola was on after it, but now I just… Read more »