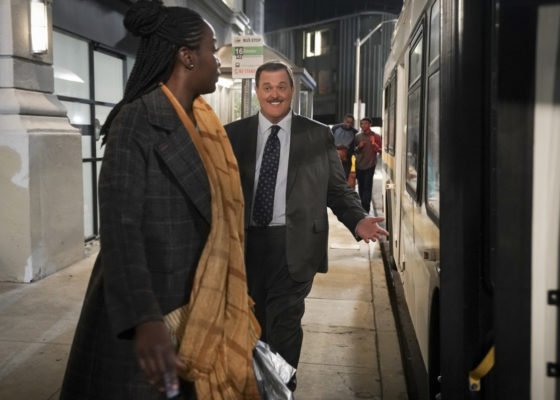 Have you fallen for Chuck Lorre’s latest sitcom?  Is the Bob ♥ Abishola TV show cancelled or renewed for a second season on CBS? The television vulture is watching all the latest TV cancellation and renewal news, so this page is the place to track the status of Bob ♥ Abishola, season two. Bookmark it, or subscribe for the latest updates. Remember, the television vulture is watching your shows. Are you?

The first season of Bob ♥ Abishola averaged a 0.75 rating in the 18-49 demographic and 5.96 million viewers. Find out how Bob ♥ Abishola stacks up against the other CBS TV shows.

Will CBS cancel or renew Bob ♥ Abishola for season two? The ratings aren’t great but they are pretty good compared to other CBS comedies. Given that this show comes from Chuck Lorre, I think the network will give this series a renewal. I’ll keep an eye on the Nielsens though and update this page with breaking developments. Subscribe for free Bob ♥ Abishola cancellation or renewal alerts.

What do you think? Are you glad that the Bob ♥ Abishola TV show has been renewed for a third season? How would you feel if CBS had cancelled this TV series, instead?”

Love this show please boost ratings so good. So funny too.