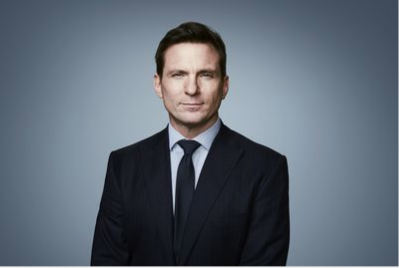 Hosted by Bill Weir, the live docuseries will feature “the work of law enforcement on the U.S.-Mexico border as well as the real lives, real moments and real stories of those that live and work along its remote stretches.”

Discovery has always taken viewers to places they otherwise could not go on their own – whether it’s the depths of the jungle or the turbulent waters of the Bering Sea. Today, Discovery announced it will document the work of law enforcement on the U.S.-Mexico border as well as the real lives, real moments and real stories of those that live and work along its remote stretches in BORDER LIVE. This all-new six-part multiplatform series will broadcast live beginning Wednesday, December 5, airing 9-11 PM ET/PT on Discovery.

“The US-Mexico border has been the focus of our national dialogue over the last several years. Our goal with this project is to shine a light on epic stories through immersive experiences, and we will turn that lens on one of the biggest and most important stories of our time,” said Nancy Daniels, Chief Brand Officer, Discovery & Factual.

Each week, Discovery will broadcast live from its New York-based studio. The show will be hosted by award-winning news journalist Bill Weir, who will track the action and stories as they unfold live from the U.S.-Mexico border. In addition, Weir will engage with experts across a range of border issues, offering insight and perspective on events as they occur. BORDER LIVE crews will be embedded out in the field with officers and special agents at key border sites from Nogales, Ariz., in the west to the Rio Grande Valley and points east. Veteran investigative journalist Lilia Luciano will also be immersed in the field and tackle stories by interviewing a tapestry of people who live and work along the border.

Currently, Weir serves as an anchor and special correspondent for CNN, first joining the network in November 2013. He began at CNN after a decade of distinctive broadcast journalism at ABC News. Including his work on “The Wonder List with Bill Weir,” he’s reported from over 100 countries and has covered both sides of the southern border under three American presidents.

Luciano, an investigative reporter at TEGNA’s ABC10 in Sacramento, Calif., is bi-lingual and has a deep understanding of border issues. She has won numerous awards and has on-the-ground experience reporting from Puerto Rico and other crisis areas. Luciano has served as host for several VICE platforms (VICELAND, VICE News) and has anchored at Univision Networks. She is also a seasoned documentary film director working on projects with HBO Latino.”

What do you think? Are you interested in U.S.-Mexico border relations? Will you watch Border Live?

If the liberal reporter that is actually on the border (supposedly, but definately NOT live!) cries ONE MORE TIME, I was turning it off anyway.
Was a VERY good idea to show our men & women of the BPA doing what they do. Just showing them busting their ass & putting their life on the line to catch ILLEGAL immigrants and drug/people smugglers. Just poor execution by the Producers
It’s time to Build the damn Wall, have Immigration reform, fund ALL the border security we need. NOW

takes the liberal slant on each show, slow, boring, bad host and panel!

This hour long program actually had 18 minutes of show the rest was comment on the commercials ! I don’t care what other people say about it show what’s going on and I don’t care who your experts are. I can for my own opinion .

Show is slow paced and actually quite boring the way it is presented by the host. Need to step it up more like Live PD. The former this that and a mayor need replaced by people in the field or recent retirees. Have watched 1 show and half the other and choosing to switch to another program. Just very boring to watch. Thank you

When we went to English Motors in Brownsville, a sales person told us he lived in a home with the wall in their back yard. He told us, almost every day during border patrol shift change, his yard is flowing with people climbing over into the USA. The time it takes for agents to show up, they are gone. That would be a good story for Border Live