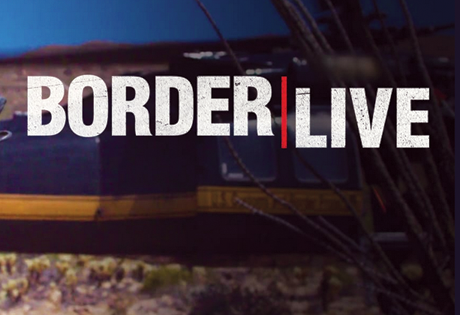 It looks like Discovery Channel is closing up the border. Variety reports the network has dropped the freshman TV show after three episodes.

The news series is hosted by Bill Weir and features “live reports from the U.S.-Mexico border, as well as stories from investigative journalist Lilla Luciano from the field.”

According to Variety, Border Live garnered extremely low ratings, with the last episode earning only 430,000 viewers and a 0.1 rating in the 18-49 demo.

Discovery Channel has not officially announced a cancellation, but the network did confirm to Variety that they have decided to end the series.

What do you think? Did you see Border Live? Do you think Discovery should give it another chance?

I love Border Security on Netflix, but always wanted to see someone do a show like Border Live! I hope another network picks it up! There was not enough advertising to let people know it was on.

I watched all three episodes and looked forward to more. Would like to see the show return.

I enjoyed watching the show and want it to come back on!!!!

I loved watching the show and I want it come back on!!!!