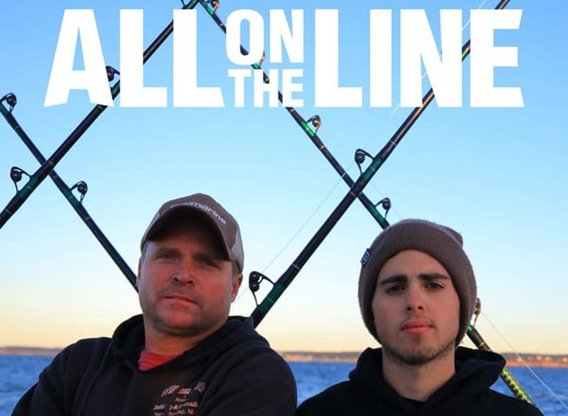 Discovery Channel revealed more about the series in a press release. Check that out below.

“It’s late in the Atlantic Bluefin Tuna season. In the iconic fishing town of Gloucester, Massachusetts, many boats are done for the season. But there are two crews still fighting to land monster tuna and keep their family businesses going through the winter. As the weather worsens, the fish get bigger and the stakes get higher. With some of these monster tuna weighing more than 1,000 pounds, it’s the ultimate battle of man versus beast. In an all new Discovery Channel series, ALL ON THE LINE, it’s all hands-on deck as these fishermen risk everything to bring home a monster payday.

Following two fishing boats, the ‘Julia Nicole’ and the ‘Subdivider,’ ALL ON THE LINE spotlights the special dynamic between these two groups and their unique ability to band together in an industry that otherwise demands fierce, sometimes cutthroat, competition. And while both crews of families acknowledge the risk, they’re ready to risk it all to bring home a fortune.

ALL ON THE LINE continues Tuesday, June 16 at 9pm ET/PT on Discovery Channel with a special two-hour episode. In addition to watching the series on Discovery, viewers can watch ALL ON THE LINE by downloading the Discovery GO app. Fans can join the conversation on social media with the hashtag #AllOnTheLine. Follow Discovery on Facebook, Instagram, and Twitter for the latest updates.”

What do you think? Are you a fan of this fishing series? Will you watch more of All on the Line?

Love it! Is it coming back?

Love this show. DO NOT CANCEL IT!!

I love All On The Line, great series.

All On The Line is a great series and I love it. Better than deadliest catch.

Awesome show getting to know how to catch tuna and what the traditions are. Exiting to see how the younger generation copes with problems. Can’t wait for next episode.

Please DO NOT CANCEL ALL ON THE LINE!! This is a great adventure for families to watch too, not just for fisherman.

Not as good as Wicked Tuna. Too much drama and loud hollering.