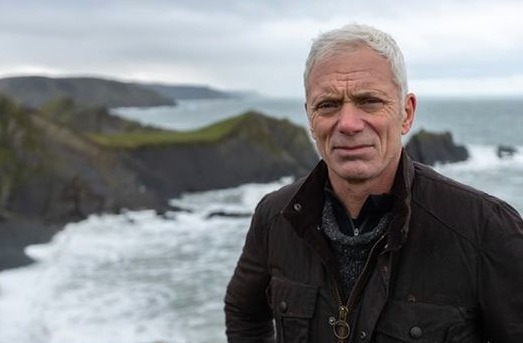 Mysteries of the Deep is coming soon to Discovery Channel. The new series about the ocean will premiere on the cable network next week.

“The world’s oceans are a deep source of unsolved mysteries – from ships that disappear without a trace to unexplained underwater anomalies to a super virus showing up along Florida’s coast. In the brand-new series, MYSTERIES OF THE DEEP, premiering Wednesday, May 27, at 10 PM ET/PT on Discovery Channel, host Jeremy Wade searches for answers behind the world’s most iconic and baffling underwater mysteries known to science.

The deep-sea remains a dangerous and unexplored frontier – a place that swallows evidence and where the unknown is normal. Jeremy takes on his biggest adventures yet and will stop at nothing to find answers. Each week, Jeremy will delve into several unsolved mysteries using science along with incredible archive footage, eyewitness accounts and expert analysis to find answers. No topic is off-limits, no matter how strange it may sound. Jeremy will search for lost treasure, missing ships and planes and clues behind strange ocean bed discoveries.

Throughout the season, Jeremy will explore a vast array of mysteries including a look at the ultimate tale of survival where a man managed to stay alive for 3 days trapped in a shipwreck at the bottom of the ocean. He’ll also delve into the gruesome discoveries washing up on the shores of British Columbia. Shockingly, it isn’t an isolated incident. Jeremy will follow the clues as well as a team using the latest techniques in marine forensics to shine some light on this mystery.

Finally, Jeremy looks at a revolutionary new technique to identify the Loch Ness Monster. Stories of this underwater creature have stood the test of time and Jeremy has investigated monsters all over the world, but the Loch Ness remains one of the biggest mysteries of all. Now new sightings and state-of-the-art science may unmask this famed monster once and for all. Jeremy will take viewers beyond the attention-grabbing headlines in search of real answers. Will he put together the clues to finally solve this mystery once and for all?”

What do you think? Do you plan to check out this new ocean series?