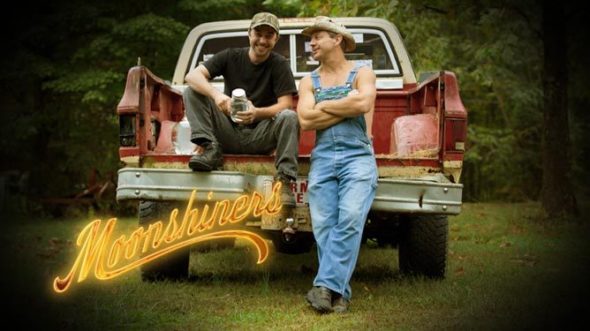 The docuseries will see moonshine legend Tim Smith “and a team of whiskey experts with their own home-grown know-how to pull struggling distilleries back from the brink and preserve the American tradition of handmade liquor.”

Moonshine legend Tim Smith built an illegal moonshine empire in the backwoods of Virginia… then gave up his outlaw ways to bring his family recipes out of the mountains… and into America’s liquor stores. Now he’s using a lifetime of liquor-making expertise and a team of whiskey experts with their own home-grown know-how to pull struggling distilleries back from the brink and preserve the American tradition of handmade liquor. The new series MOONSHINERS: WHISKEY BUSINESS premieres Wednesday, March 13th at 10PM ET/PT on Discovery Channel.

Outlaw turned legal moonshiner, Tim Smith has worked hard to establish his legal brand of liquor, Climax and do his father proud. Now that he’s turned his moonshine business into the real deal, he is setting out restore four struggling distilleries, including Broad Branch Distillery, Old Nick Williams Farm & Distillery, Three Brothers Distillery and Bondurant Brothers Distillery into profitable businesses. Each week, Tim Smith will be joined by whiskey experts, Tim Jones and Devin Mills as they race against the clock to turn these businesses around.

What do you think? Have you seen Moonshiners? Will you check out Moonshiners: Whiskey Business?

It’s my favorite show on tv. Can’t emagine life without the show

There are other fake shows on so put moonshiners back on a lot of people watch it every Wednesday night a lot of money to be made from it.

There’s other fake shows on tv to so put moonshiners back on a great show every one watch’s it lot of money to be made from it.

sounds interesting, will definitely check it out ,love moonshiners