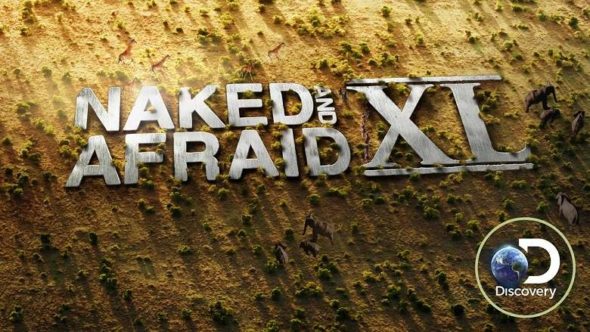 A new season of Naked and Afraid XL is coming soon to Discovery Channel. The new season will arrive later this month, and it will take viewers to South Africa.

“The scorching savannah of South Africa sets the stage for a NAKED AND AFRAID XL challenge unlike anything ever attempted on previous seasons. Twelve survivalists enter The Valley of the Banished. With resources scarcer than ever, it’s the ultimate take on survival of the fittest, leaving no room for slackers. To make it through this 40-day challenge alive, every survivalist will have to earn every step; while weak links will be cast out for the greater good of the group. All must give it their all or get out.

In an all-new season of NAKED AND AFRAID XL, only the strong will survive as a new crop of survivalists, including some seeking redemption, are looking to make their mark on this challenge. Facing unforgiving conditions, grueling temperatures and clashing personalities, these survivalists will be pushed to their limits.

Sundays will be all Naked all of the time as we visit survivalists in quarantine to chat about their experience with NAKED AND AFRAID WATCH PARTY (May 3, May 10, May 31, June 14, and June 19 at 9pm; May 17 at 10pm). XL veterans check-out the current season of the series giving their true and unfiltered opinions in NAKED AND AFRAID XL CLOTHED AND OPINIONATED (May 24 at 10pm; June 7 and June 28 at 9pm)

This season of NAKED AND AFRAID XL takes 12 veteran survivalists to a grueling kill zone in South Africa, a land so punishing and deadly that generations of ancient tribes were forced to survive by one brutal principle – banishing the weak. For the first time, four teams of NAKED AND AFRAID veterans will have to follow the same rules for 40 days and 40 nights. In an environment where there is little to no vegetation and resources are nearly impossible to come by, only the strong will survive. Each survivalist must prove their worth to the group, or risk being cast out.

The environment and new team dynamics push the survivalists from the moment the challenge begins, leading to fresh and exciting storylines for all of the teams.”

Check out a trailer for the new season of Naked and Afraid XL below.

What do you think? Are you a fan of this reality series? Will you watch the new season?

It would probably be a great show if people were clothed. Be realistic how many people get stranded with out any clothes. Kids can’t watch, but would be great for them to view for survival instincts if they were clothed.