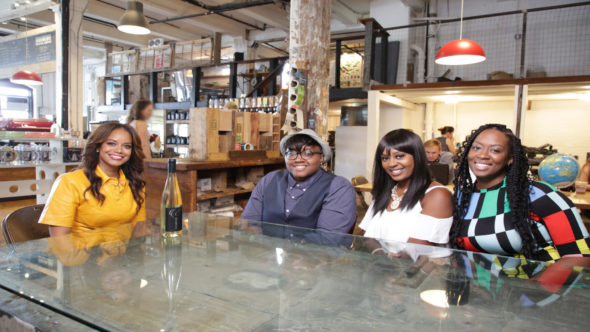 I Quit is coming soon to the Discovery Channel. The new series will follow people that quit their day jobs and take the leap into running their own businesses.

Discovery Channel revealed more about the series in a press release.

“Launching a viable business is a high-stakes gamble, where fear, doubt and uncertainty can hinder your chance for success. In an all-new Discovery Channel series, I QUIT, entrepreneurs from six businesses risk it all when they give up their steady 9-to-5 jobs to follow their passions in a life-changing journey that begins with the words “I QUIT.” The original series, a new format from Shopify Studios and Wheelhouse Entertainment’s Spoke Studios, premieres Tuesday, August 18 at 10:00PM ET/PT on Discovery Channel.

Over the course of one year, I QUIT follows six sets of hopeful entrepreneurs as they leave their steady incomes and retirement plans behind, going all in on their dreams of launching their own businesses. Along the way, they will be mentored by three successful business leaders who have each built empires of their own – Harley Finkelstein, COO of Shopify, the global commerce platform powering more than 1 million businesses around the world; Debbie Sterling, CEO of the award-winning children’s multimedia company, GoldieBlox; and Tricia Clarke-Stone, entrepreneur, author, innovative marketer and co-founder/CEO of the award-winning creative and tech agency, WP Narrative_.

From newlyweds Matteo and Julie trying to launch a “versatile attire” company to parents Mike and Gloria building a BBQ sauce business and best friends Ashanti, Jasmine and Tyshemia looking to disrupt the wine industry, I QUIT follows a cast of everyday people who take the leap of a lifetime.

Best friends and dads from Utah, Marcus and Chris, have 10 kids between them and put everything on the line to launch an outdoor cooler company, relying heavily on their families and each other as they face crippling market issues from the get-go. New Jersey couple Alex and Sibrena grapple with financial security after buying a semi-pro soccer team. A daughter of a Brazilian immigrant, Jen takes the chance her father never had – leaving her executive position on Wall Street to start a full-time business with her husband Jesse, making a beloved Brazilian truffle, ‘brigadeiros.’

With the business owners also self-documenting, viewers will experience the high intensity, pressing deadlines and extreme decision-making that rule in these daunting endeavors where there are no safety nets. And all the while, what the entrepreneurs don’t know is that at the end of the year, the most promising business will receive $100,000 to fuel their growth. Can the new business owners turn up the heat, or will they go broke?”

What do you think? Will you check out this new Discovery Channel TV series? Have you ever wanted to start your own business?

I just don’t get the concept of what the 3 African American women that are trying to get into the wine business are trying to sell!! Are they selling a product that is already in the stores and all they did was mix a few bottles together until they liked the blend because if that’s all they are doing it’s really pretty LAME. But the biggest problem all these new entrepreneurs are going to find is that they have partners!!! First WRONG move. Another is you don’t quit your job until you at least match the salary that your job… Read more »

You don’t have to be a rocket scientist to know how the PR woman’s story is going to end. The fact that her husband purchased a soccer team without telling her and his comments demeaning her intelligence by saying HE is the brains behind the operation are very telling. He appears to be trying to achieve the level of success she has had for the past 27 years. He wants her help, but he doesn’t want to acknowledge the results of her help. He wants this to be his baby, not THEIR baby. I would not be surprised if he… Read more »

I would like to get in touch with someone at the network about this. My name is Derrick Brown, and I am a 53 year old African American, Marine Corp, Desert Storm Veteran, born at Harlem Hospital, raised in White Plains NY. Father worked @ General Foods in Westchester in the 70’s. After being discriminated against for buying a house in the suburbs to move his family out of the squalor of uptown Manhattan at the time, he started a cleaning business. So I’ve been cleaning commercially my entire life . I joined the Marine Corps in 1987. After surviving… Read more »