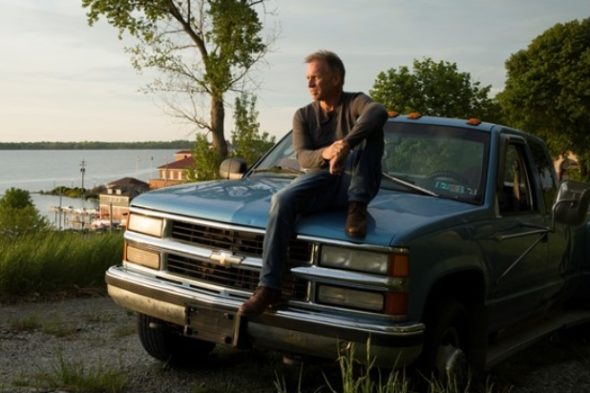 Can you create a successful business with just $100? Discovery Channel just announced the premiere date for their new TV show, Undercover Billionaire.

The docuseries “follows self-made mogul Glenn Stearns to see if he can build a million-dollar company in just 90 days.”

(LOS ANGELES) – Billionaire Glenn Stearns still believes in the American Dream. In order to prove that anybody in this country can be successful with the right knowledge, he’s attempting a monumental challenge that most would claim is impossible. UNDERCOVER BILLIONAIRE, premiering Tuesday, August 6 at 10 PM ET/PT on Discovery, follows this self-made mogul to see if he can build a million-dollar company in just 90 days.

With just $100 in his pocket, Glenn will ditch his private jet and yacht and head to Erie, Pa., where he will assume the alias “Glenn Bryant” – a regular guy who’s spent the last 30 years in corporate America but always dreamed to have a business of his own. To make things fair, he won’t use his real name, contacts or wealth – just the principles, methods and process that made him the billionaire he is today. Along the way, he’ll share practical tips and the knowledge on how to build a fortune from his three decades in business. But in order to succeed, Glenn will need to come up with a million-dollar idea and find a team to help him build it.

Glenn’s roots prove just how far he’s come. Born to a struggling working-class family, he was diagnosed dyslexic and fathered a child at the young age of 14. The cards were stacked against him. Despite all this, he forged ahead and became the first in his family to graduate from college and fought for everything he’s earned. Today, Glenn is worth a fortune and is part of some of the most influential circles in the world. But can he earn that same trust in working-class Erie, Pennsylvania?

After 90 days, Glenn will reveal his true identity and share an added twist – the top performing team members will earn a stake in the company and a key role running it. An independent financial evaluator will also assess the value of the new company to see whether it has hit the mark. If it’s a penny short of $1 million, Glenn will put $1 million of his own money into the business. So regardless of whether or not Glenn hits the mark, the people who helped him build the business from scratch will win.

In addition to watching the series on Discovery, viewers can check out new episodes each week on DiscoveryGO. Viewers can join the conversation on social media by using the hashtag #UndercoverBillionaire and follow Discovery on Facebook, Instagram, and Twitter for the latest updates.

What do you think? Are you interested in business? Will you check out Undercover Billionaire?

My husband and I are on a vacation to Maine and made sure we stopped in Erie to stop at Under Dog restaurant. Both of our meals were very good. Love the bark on the ribs and it was the biggest chicken quarter ever. We want to bathe in the beans! The Atmosphere and the staff very friendly. We will be back and we live in northern Michigan. Thank you for a wonderful experience and we will be back on our way home.

This show is garbage, absolutely ridiculous! Discovery should be embarrassed, it makes the network feel desperate for attention. No one likes a “Debbie desperado” or Fake BS, which this is as fake as a reality show gets! No one buys a house or rents a house with out a credit check! Any real person knows that lol and NO ONE WORKS FOR FREE! Absolutely absurd and in poor taste by the Discovery network! Horrible.

Completely ridiculous that any intelligent person would believe this show is real and any person could do the same. Getting a loan on a flip property including funds for renovations without a secondary source of repayment and additional collateral is unheard of. No beer license to sell at the new location which takes a while to get. Terms on a cheap mold removal? Yeah right. Anyone who thinks what they see on this show is a complete idiot.

Thats what i was thinkin! How in the Hell do you Not use your name, for one, to get a loan for a 40k house? What credit line is that Fake Name connected to? Once that happened on the show i lost all intrest…were not stupid Discovery Channel!

Glenn has great advice and has been there and done that. I love him!

I think the show is awesome, as is all the shows on discovery my personal favorite channel on TV. Anyway yes the show so far has shown alot of people with trust in each other and our great country we are fortunate to live in. Makes me think with all the Evel in the world is refreshing to see people are really made of. Again discover is the best channel out there if I had a shirt I would probably ware it to be conversation peace so people would ask about it and never know might even bring people closer… Read more »

Just watched the first episode, and this is the biggest hoax ever. First, he claims he uses a different name and nobody knows who he is. But as soon as he took a job with the T-Shirt company, he would have to have given his real name and social security number to the owner – unless the owner wants to get in trouble with the IRS. Also, when he rented an apartment, he would need to give his name and SS# to the building manager to do a credit check. His cover would be blown right there. … And when… Read more »

Love it! I adore a person that never quits… I think this is a perfect representation of perseverance for our children to witness. We watched the first episode with our 23 year old grandson. Priceless!!!

Glenn “Bryant” Stearns stayed at my house!!!! I hope I will be on the show.

That is awesome! We love watching him! He has great advice. Love him!

Wow! What a great idea! I’m going to watch for sure.

He should have a side kick. What more right now in this day an time. A minority. Yes a black woman to be JUST a side kick. To tag along on the journey while she learns and possibly change her life as well.

I’m going to watch and get pointers because I’m moving from Panama City Florida to Georgia and not knowing anyone. So anything will be helpful.