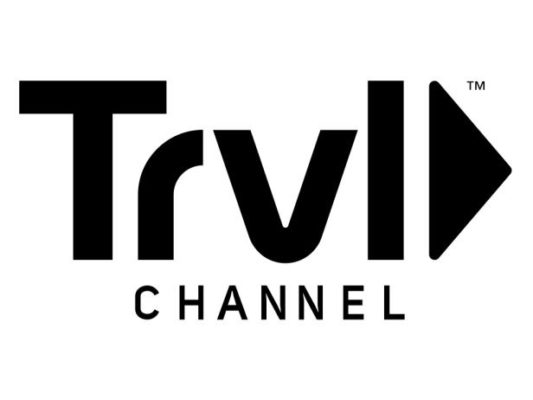 Travel Channel is gettin’ wild this summer. The network just announced the premiere date for their new TV show, Code of the Wild.

The docuseries follows brothers Casey and Chris Keefer as they “tackle rugged territory that most wouldn’t dare, determined to track down the truth behind baffling mysteries.”

Code of the Wild debuts on Travel Channel on August 6th at 10 p.m. ET/PT.

NEW YORK (July 2, 2019) – Some of history’s greatest secrets are hidden in the world’s most treacherous corners, unforgiving locations that are inaccessible to all but a few. In Travel Channel’s all-new series, “Code of the Wild,” premiering on Tuesday, August 6 at 10 p.m. ET/PT, brothers Chris and Casey Keefer – extreme adventurers turned wilderness private eyes – tackle rugged territory that most wouldn’t dare, determined to track down the truth behind baffling mysteries.

In eight hour-long episodes, the brothers deploy their unique set of wilderness know-how, survival and tracking techniques, picking up where the trail for most would end. Diving into icy temperatures, deep caves, rugged forests and tricky terrain, Chris and Casey pursue answers to longstanding enigmas such as the Boggs-Begich Alaskan plane crash, more than 9,000 pounds of gold and silver that went missing from the Confederate treasury, Montezuma’s fabled treasure, a lost colony of Ecuadorian giants, El Dorado or the Lost City of Gold and more.

“I’m a history buff, and when it comes to unexplained mysteries, I go digging for evidence,” said Casey. “The world’s greatest secrets are hidden in the most perilous places. For us, that’s where our journey begins. The rough and tough route is our path to answers, and every investigation is a wild adventure.”

“I use my love of technology to get us closer to the truth,” added Chris. “Our equipment helps us to go deeper and see clearer than ever before. And by incorporating our own outdoor survival skills, we’re able to put new theories to the test. There’s no place we won’t go in our search for answers.”

In the series premiere, the Keefer brothers are on the road to El Dorado to find the legendary lost City of Gold. Explorer Percy Fawcett was one of the many to brave this quest and is believed to have come closer than anyone else to finding it. The brothers begin their journey in Rio de Janeiro, where they uncover new information on the location of Fawcett, putting his whereabouts further north than previous records have shown. The brothers head deep into the Amazon, only to find out that Fawcett went to Mount Roraima after his stay with a local tribe. Chris and Casey follow the trail of Fawcett, hoping it will lead them straight to El Dorado.

The Keefer brothers enter the mysterious Alaska Triangle to explore new leads in the 1972 disappearance of a Cessna airplane carrying government officials Hale Boggs and Nick Begich. The search and rescue mission lasted over 39 days, but the plane was never found. When a piece of metal near the purported flight path is recovered, the brothers head to sea to explore this new find. To further test their theories, Chris and Casey take to the skies on the exact same path of the missing plane. But when a meeting with Begich’s son reveals information that until now has remained hidden, the brothers find themselves on a trek into the heart of Alaska in hopes of solving this 47-year-old mystery.

Tales of giants have existed for centuries, but there has been a lack of hard evidence to say for certain if they ever truly walked the earth. Eager to put the pieces of this mystery together, the Keefer brothers head to Ecuador, a supposed hotspot of past giant activity. Meeting with experts and archeologists, Chris and Casey follow clues deep into the jungle that will lead them to a remote and rarely seen structure, believed to have been built by giants.

After the Civil War, over 9,000 pounds of gold and silver from the confederate treasury were stolen. Some say a secret society of Confederate sympathizers, known as the Knights of the Golden Circle or KGC, was responsible. The location remains a mystery, and it’s rumored there is $1 billion worth of treasure hidden in the Appalachian Mountains. Chris and Casey Keefer discover the last location was in Danville, Virginia, so they head into the hills to learn about the KGC and its secret symbols, hoping to find the lost silver.

“Code of the Wild” is produced by Anomaly Entertainment, Inc., in association with Be Alive, Inc., for Travel Channel. For Anomaly, the executive producers are Michael Sorensen, Matthew Kelly and Chad Hammel. Chris Keefer and Casey Keefer serve as producers. For Travel Channel, the executive producer is Daniel A. Schwartz, Matthew Butler is general manager and Henry Schleiff is group president of Investigation Discovery, Travel Channel, American Heroes Channel and Destination America.”

What do you think? Do you watch the Travel Channel? Will you check out Code of the Wild?

Dear Chris and Casey Keefer, just saw your show about Panther Island and your search for Gaspar’s 30 million in gold. While you may well be in the right place, due to the terrain it’s my opinion you’ll have little chance locating the chest with a metal detector. I have a an instrument that is non-electronic, is hand held and has a range of 1/2 to 3/4 miles in search radius. It reads the electron streams in the magnetic field and can be made to be gold specific, and because the magnetic field permeates everything it can locate very deep… Read more »

Please cancel this show!! It’s beyond awful and the brothers have no clue about history. I cannot even watch 5 minutes before changing the channel. It is terrible!!

I am enjoying the show ! Looking forward to another season.

Sounds interesting. OR, is it just another one of those shows that never find anything?