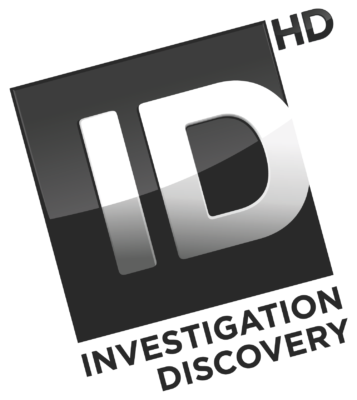 Investigation Discovery is giving victims a voice. The network just announced the premiere date for their new TV show, Impact of Murder.

The docuseries “utilizes the emotionally gripping victim’s impact statement delivered in court as the driving storytelling technique. Through a victim’s own words, viewers understand the horror they endured or the significance of the life that was taken, providing an acute understanding of the collateral damage of murder.”

Impact of Murder debuts on Investigation Discovery on July 14th at 10 p.m. ET/PT.

(Silver Spring, MD) -Putting the victim at the forefront, Investigation Discovery’s new series IMPACT OF MURDER utilizes the emotionally gripping victim’s impact statement delivered in court as the driving storytelling technique. Through a victim’s own words, viewers understand the horror they endured or the significance of the life that was taken, providing an acute understanding of the collateral damage of murder. Impact statements act as a source of strength for those who may feeling helpless after a senseless tragedy, showcasing the empowerment that they feel when they stand up in court to address the perpetrator. The new six-part series IMPACT OF MURDER premieres on Sunday, July 14 at 10/9c on Investigation Discovery, with a digital companion series IMPACT OF MURDER: AFTER THE STATEMENT premiering on IDGO immediately following the linear premiere on Sundays at 11/10c.

In the premiere episode airing on Sunday, July 14 at 10/9c, Bill Freitag is burned alive in his family’s upstate New York farmhouse in what appeared to be an accident. It is eventually discovered his childhood friend, Lawrence Tutt, assumed Bill’s identity to commit drug crimes and instead of coming clean, decided the best way to beat the charges he was facing was to kill the real Bill. During the episode, Bill’s sister, Carrie Freitag discusses what it was like losing her brother and how confronting his killer was what it took to finally reach closure.

The second episode on Sunday, July 21 at 10/9c tells of the brutal murder of Charisse Christopher and her 2-year-old daughter, Lacie, and the attempted murder of her 3 -year-old son, Nicholas. After overwhelming evidence convicted a neighbor’s boyfriend, Pervis Payne, of the crime, it was Charisse’s mother, Mary Zvolanek who forever changed the landscape of the judicial system. In 1991, “Payne vs. Tennessee” was the first case where the impact statements were allowed in the courts prior to sentencing, causing a seismic shift for the victims’ rights movement.

The series is accompanied by a digital series, IMPACT OF MURDER: AFTER THE STATEMENT, where lead contributors from each episode discuss how their lives have changed since standing in court and addressing the killer. These interviews reveal raw emotional layers and takes the audience deeper into their poignant journey. The six to seven-minute episodes will publish on IDGO immediately following the linear premiere on Sundays at 11/10c, beginning on July 14.

What do you think? Are you interested in true crime docs? Will you watch Impact of Murder?

I am commenting on tonight’s segment of impact of murder. You only talk if shirlee Sherman. I am sorry for her family, but shame on you !!!? You should have included Thomas Hunters case more. He was a innocent child. This should have been a focus s shirlees, seeing howthere deaths were intertwined.