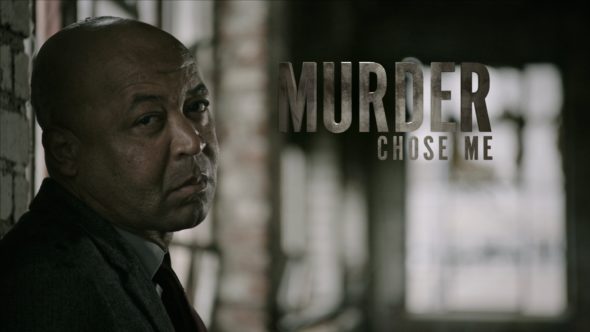 Investigation Discovery is back on the case. Recently, the network announced Murder Chose Me will return for a second season in April.

The true crime series follows Louisiana homicide detective Rod Demery “as he reflects on memorable cases from his 14 years as a homicide detective, where he miraculously achieved a confession and 100% solve rate in the more than 250 homicide cases where he served as lead detective.”

Season two of Murder Chose Me premieres on Investigation Discovery on April 4th at 10 p.m. ET/PT.

The series follows Demery as he reflects on memorable cases from his 14 years as a homicide detective, where he miraculously achieved a confession and 100% solve rate in the more than 250 homicide cases where he served as lead detective. Demery himself is no stranger to tragedy, having experienced an incredible loss at the age of 3, when his mother was murdered. Then, when Demery was in his twenties, his brother was convicted of murder and sentenced to life in prison. Offering a uniquely personal connection to the story of each homicide he solved, MURDER CHOSE ME takes viewers on a journey with Demery as he continues to be driven by his one mission in life: to find justice and resolution for the families of murder victims, just like his own.

In each of the 10 all-new episodes of MURDER CHOSE ME, intimate first-person storytelling meets the gritty Shreveport, La backdrop, as Demery personifies how very impactful and life altering murder is on the victim’s loved ones.

Instead of succumbing to the cycle, he resolved to do everything in his power not to repeat the mistakes of the past and pursued a career in criminal justice. Demery retired from the Shreveport Police Department in March, 2016 and is currently serving as a special homicide investigator for the district attorney’s office.

Descriptions below for the first three episodes of season 2 of MURDER CHOSE ME; episode titles TBD:

The bullet-ridden bodies of three friends are discovered in a car abandoned in Shreveport’s most notorious neighborhood. Demery must venture deep into the city’s seedy underbelly to catch a killer with an inscrutable motive and an evil disposition.

A pair of masked gunmen crash a late-night birthday party, and when guest Noah Randle makes a heroic attempt to intervene, he is shot dead. Detective Rod Demery is called in on his day off to untangle a sinister plot fueled by a bitter grudge.

A pillar of the Korean community is murdered in broad daylight on the doorstep of her popular beauty supply store. When the trail of physical evidence runs cold, Detective Rod Demery must rely on shoe-leather detective work to catch the killer.

What do you think? Have you seen Murder Chose Me? Will you watch season two?

I really like Murder Chose Me, when is it coming back on? It is one of the best ones on ID.

I truly hope this show comes back on. I love watching the way he figures out the answers to the crimes. True Detective from the word Go… Please don’t let this show be cancelled.
Thank you…

I have been watching ID for many years and in my opinion Murder Chose Me ranks #1. Thank you ID for season 2 and hopefully many more.

Love this show – thank you !