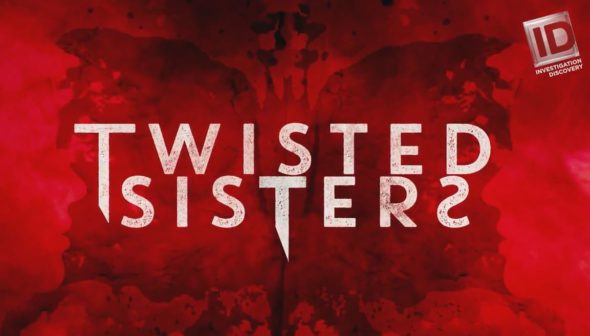 Investigation Discovery is all about family. Today, the network announced they’ve renewed the TV show Twisted Sisters for a second season.

Executive produced by Khloé Kardashian, the true crime series goes “inside the most outrageous and provocative crimes ever committed by the unlikeliest of pairs – sisters.”

Season two of Twisted Sisters is slated to debut on Investigation Discovery in summer 2019.

(Silver Spring, MD) – Investigation Discovery (ID), the leading destination for true-crime programming, has greenlit the second season of TWISTED SISTERS, ahead of its freshman season finale on Monday October 8 at 10pm/9c. Executive produced by Khloé Kardashian, and produced by 44 Blue Productions, a Red Arrow Studios company, Season 2 of TWISTED SISTERS will premiere on Investigation Discovery in summer 2019.

TWISTED SISTERS has met with overwhelming success, averaging more than 1.3 million viewers (P2+) each week through the first four premieres. In every episode, we go inside the most outrageous and provocative crimes ever committed by the unlikeliest of pairs – sisters. Each hour-long episode investigates the how and why this duo, bound by blood, has descended into darkness. TWISTED SISTERS delves into the sisters’ evolution into evil through a series of interviews with immediate family members and close friends to learn what triggered their path towards a life of crime. Investigators and law enforcement anchor each story as they recount firsthand their unraveling of the case and try to make sense of the crimes committed.

“We were blown away by the response to the first season of TWISTED, and I’m excited to share the news of season two pick up with my fellow true-crime friends and followers” said says Khloé Kardashian, executive producer of the series, along with Stephanie Noonan Drachkovitch of 44 Blue Productions.

“The compelling and unique stories featured in this series kept ID viewers coming back week after week,” said Henry Schleiff, Group President of Investigation Discovery. “There were no twists or turns in our decision to bring this hit back for another season so, we can’t wait to see what Khloe and her team has in store for next year.”

In Kerrville, Texas, a long-simmering family feud sets the stage for a violent showdown. When siblings from one of the families tries to turn their lives around, secrets emerge and put everyone’s lives at risk.

What do you think? Have you seen Twisted Sisters? Are you glad it’s coming back?

I love the show so happy it is back on, There is just one thing the back ground music over rides the people talking makes it hard to hear, Could you please lower the sound a little. Thank you looking forward to more seasons great job.

Have to say that I TOTALLY prejudged this show due to who is behind it. This is a GREAT show. Happy to see the renewal. If/when I get rid of my cable it the end of the year, this will definitely be one of the ID shows on my purchase list.