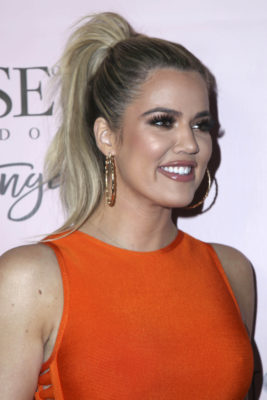 The true crime series “takes viewers inside the most outrageous and provocative crimes ever committed by the unlikeliest of pairs – sisters.”

Investigation Discovery has ordered six episodes of Twisted Sisters, which is slated to debut in 2019.

(Silver Spring, MD) – Investigation Discovery (ID), the leading destination for true-crime programming, has greenlit an all-new original series, TWISTED SISTERS, with one of America’s most well-known sisters at the helm: Khloé Kardashian, serving as executive producer. The six-part series, TWISTED SISTERS will premiere on Investigation Discovery in 2019, produced by 44 Blue Productions, a Red Arrow Studios company.

The world premiere series takes viewers inside the most outrageous and provocative crimes ever committed by the unlikeliest of pairs – sisters. Kinship can kill and sisters fueled by jealousy or hatred are the most vindictive of all. Each hour-long episode investigates the how and why this pair, bound by blood, has descended into darkness. Sometimes these sisters work together to commit a crime but often the duo can turn against one another with the deadliest of outcomes. TWISTED SISTERS delves into the sisters’ evolution into evil through a series of interviews with immediate family members and close friends to learn what triggered their path towards a life of crime. Investigators and law enforcement anchor each story as they recount firsthand their unraveling of the case and try to make sense of the crimes committed.

“I am so excited to be bringing you TWISTED SISTERS. As a self-proclaimed ‘true-crime addict’ there is no better way to tell these tales about the bonds that sisters possess and how they can go so terribly wrong,” says Khloé Kardashian, executive producer of the series, along with Stephanie Noonan Drachkovitch of 44 Blue Productions.

“We are thrilled to be working with Khloé on this new venture,” said Henry Schleiff, Group President of Investigation Discovery. “ID is known for telling revealing stories about real people. With one of the most renowned experts on ‘sisters’ now a member of our own ID family, we know she will be able to bring a unique perspective that will inform and entertain our core fans, while enticing new viewers to tune-in.”

What do you think? Are you a fan of true crime shows? Will you watch Twisted Sisters?

Yes, its about real life crimes, not the Kardashians, so i will watch.

Aimee
Reply to  A viewer

Can I get a contact number to a producer of this series? I have a few serious questions for you. I found a few of your shows really disturbing of the abuse that went ignored. Meaning, the sisters are not twisted but standing their ground… Like George Zimmerman said he did when he shot and killed an innocent young man, African American, unarmed walking through his neighborhood. He got nothing and was never hurt. These women were abused and did the same but are in prison. I want to know why.

Seriously? WTH, ID?!?! I predict an ignorant show. Thanks, but no thanks!