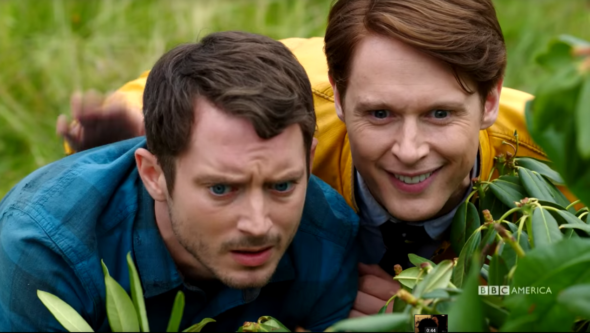 On Twitter, David thanked fans of Dirk Gently’s Holistic Detective Agency for their efforts to save the BBC America series. However, he announced the show will remain cancelled:

An update for all of you working to #SaveDirkGently

— from all of us who made #DirkGently

What do you think? Are you a fan of Dirk Gently’s Holistic Detective Agency? Are you sad it’s been cancelled?

I’m heartbroken, I keep looking for different articles hoping they are going to change the decision. Such a fun and mind twisting show, with fantastic acting, and great production. Each character has something that draws you in and I looked so forward to following them. What a shame.

That is really too bad as this show was brilliant!!!

I loved the show. I’m very sadto see it go.

I’m so, so super bummed out that there isn’t going to be another season!!! I used to get so excited every week for the new episodes. One of the best shows I’ve ever seen on television- right up there with X-files.
Very disappointed.

I had no idea they were cancelling it. I really enjoyed season 2. The show apparently didn’t have enough trash in it for the bbc. What a shame.