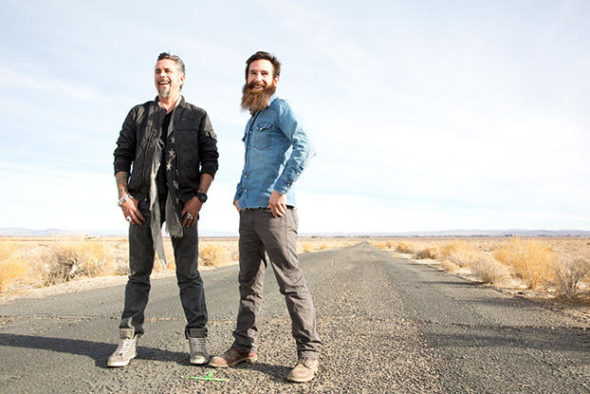 Discovery Channel is ready to hit the road. The network just announced season 15 of Fast N’ Loud will premiere in July.

The unscripted series follows Richard Rawlings and his crew at the Gas Monkey Garage as they restore run-down vehicles for profit. The new season will see Rawlings “putting everything on the line in hopes of taking Gas Monkey Garage to new heights and a new level of success in the hotrod world.”

Los Angeles) – Buckle your seatbelts motor fans. The all-new season of Discovery Channel’s FAST N’ LOUD, premiering Monday, July 8 at 9PM ET/PT will take viewers on a wild ride as Richard Rawlings and his team at Gas Monkey Garage push their limits further than ever before. This season, Richard is putting everything on the line in hopes of taking Gas Monkey Garage to new heights and a new level of success in the hotrod world. These brand-new episodes bring incredible builds, iconic stunts and record payouts along with a set of new challenges that will put Gas Monkey Garage to the ultimate test. The series is produced by Lionsgate’s Pilgrim Media Group.

With builds bigger than ever before, Richard’s team wrestles with intricate projects, impossible deadlines and Richard’s demanding standards. In the 2-hour season premiere, the crew attempts to recreate the iconic chase scene from the movie Bullitt, where Steve McQueen’s ’69 Mustang Fastback rips through the streets of San Francisco, with Chad McQueen himself joining the team to recreate the epic scene. In addition, a familiar face will be joining the Gas Monkey team this season, Russell J. Holmes from Discovery’s GARAGE REHAB is the company’s newest ‘fixer’ and oversees keeping the builds on time and on budget.

The new season will also feature a partnership with HGTV and The Brady Bunch to build a station wagon, with Barry Williams spearheading an incredible surprise for the entire Brady kids cast. Going where no Monkey has gone before, the team also gives a ’79 Scout II a super overhaul and turns a ’52 Chevy into a vintage NASCAR winner. Throughout the season, Richard and the Monkeys will take on one of the most daunting builds ever as they attempt to create a monumental rebuild of a ’72 Riviera supercar. Richard is taking Gas Monkey Garage in a new direction and pushing the boundaries on builds more than ever before, but will these elaborate builds prove to be too much for the Monkeys to handle?

What do you think? Have you seen Fast N’ Loud? Will you watch the new season?

Yes I will watch. Have always enjoyed the show and also the garage restoration show.

Do not cancell street Outlaws people will guit watching Discovery