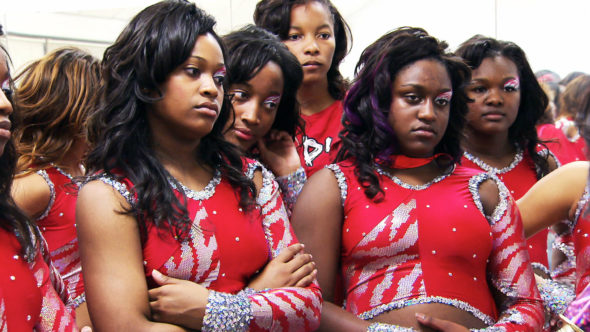 Lifetime is bringing Bring It! back. Recently, the network announced they’ve renewed the TV show for a fifth season.

It’s a new competition season and Miss D is focusing on the future… with a vengeance. But could this be her last season in Jackson? Queen D has realized her dream of opening a new Dollhouse in Atlanta, but the OGs and DDP need Miss D’s magic now more than ever because a new captain needs to be chosen to fill Camie’s shoes. A fiery new superstar also just blew in from New York City and she is looking to rewrite the Dollhouse rule book! Bring It! is produced by Pilgrim Media Group with Craig Piligian and Megan Estrada executive producing. Colleen Conway Grogan executive produces the series for Lifetime.”

What do you think? Have you seen Bring It!? Will you watch season five?

Yes I would watch bring it

I love y’all the show is great , Mrs D, is great with the girls- but I am going to miss all the original cast they all have gone on to bigger and better things in their life- getting used to new cast members will be hard to watch and maybe new moms as well – Nobody can’t place Kaylah , Cameron, Cristiana they all will be missed- & there parents Mimi she was something else on and off the show- going off on her rants about people comments about the show. I hope Mrs. D, didn’t close the Jackson… Read more »

well Ray,, sounds like to me, you shouldn’t watch it then,, Miss,D is awsom,, so aren’t the dolls,, you jealous or somethin,,

Just love this show from the UK and nothing like this for kids off all different sizes shapes and ethnicity. Brilliant

Please bring the Dancing Dolls back on TV .I’m 77 years old and enjoyed watching them every Friday night.
I watched them grow and just love the children and the parents.

As a 68 year old black woman, i was very moved each week with the positive influence of Bring It. Our young girls need to see people who look like themselves. Its quite concerning that Abby Lee Miller, could disrespect both parent and child and only lose her show due to greed. For the powers to be , please consider those of us who love and enjoy this program and allow it to remain on the air. Thank you.

I am 66 year old white woman from NJ and Bring It was my favorite show. I’ve been devastated since I don’t have it to look forward to anymore. I love Miss D and all the OGs and DDP’S. I even hate when we lose a girl that graduates. I need more…lots lots more.

I am KaTina Moore from Washington DC I love Bring It! I come from a cheer family, now all of our cheer leaders are too old the show really filled that void. People think its just a show but it it real! we went through the same thing with the travel ,rival teams, in squad fights, parent beefs, but most of all the love and the way we always came together for one another. Bring the show back it is missed!
8/7/18

I love this show. I want it to be on forever I have watched the girls grow up and I want to continue to see what unfolds with this fabulous team. I saw them when they came to Phoenix live it was the best ever can’t wait to then new season starts

Really want to see a new Season of Bring It and I pray that Crystianna is the new Captain.I feel that she has earned that position. So let’s get it let’s go! DD4L

in case others haven’t heard/seen the info… they are just taking a mid season break (sigh) and are scheduled to be back in the fall… thank God. lol https://premieredate.news/tv-series/2635-bring-it.html