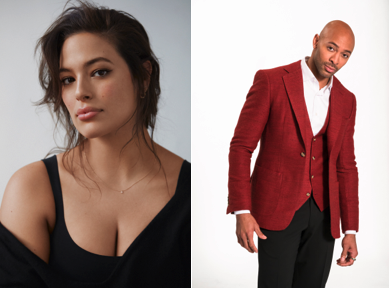 American Beauty Star will be back! Today, Lifetime announced the TV show will return for a second season with new host, Ashley Graham, and makeup artist, Sir John.

The competition series follows “fourteen of the most talented hair and makeup artists from across the globe” as they “compete in a series of intense challenges from creating high-end editorial looks to the most fashion-forward red carpet and runway ready looks to prove that they have what it takes to be the next American Beauty Star.”

Season two of American Beauty Star is slated to debut on Lifetime in 2019.

Los Angeles, CA (July 11, 2018) – Beauty is back and better than ever! Lifetime’s hit beauty competition series, American Beauty Star has been greenlit for a second season, featuring new host and executive producer, world-renowned international supermodel, Ashley Graham. Created by Herrick Entertainment, season two will feature legendary celebrity makeup artist Sir John, whose clients include superstars like Beyoncé and Naomi Campbell, will continue as the mentor to the new artists vying for the top prize.

“We are thrilled to have world-renowned supermodel, Ashley Graham, join the second season of American Beauty Star as host,” said Executive Producer Norton Herrick of Herrick Entertainment. “Ashely’s extensive work in both fashion and beauty has pushed the boundaries for industry standards and we look forward to her unique perspective.”

“Ashley embodies modern beauty that is not only inspiring but empowering,” said Gena McCarthy, Executive Vice President, Head of Programming, Lifetime Unscripted & Head of Programming, FYI. “We know the Lifetime audience will really connect with her and couldn’t be more thrilled to have Ashley as part of the family.”

Production is set to begin in August, featuring fourteen of the most talented hair and makeup artists from across the globe. Ranging from celebrity stylists to salon professionals, the contestants will compete in a series of intense challenges from creating high-end editorial looks to the most fashion-forward red carpet and runway ready looks to prove that they have what it takes to be the next American Beauty Star. This season, the stakes are even higher, as the contestants will be responsible for executing every aspect of their look from hair to makeup and everything in between.

Debuting in 2019, American Beauty Star Season 2 will consist of 13 episodes, leading to an explosive LIVE season finale event. Viewers from across the country will be able to vote for their favorite artist to help determine who will be the next American Beauty Star.

What do you think? Have you seen American Beauty Star? Will you watch season two?

I applied for season one and two I hope I get picked LiveFastDYEYoung.com

Omg yay I applied for season one and two I’m hoping for a call back!! Awww LiveFastDYEYoung.com