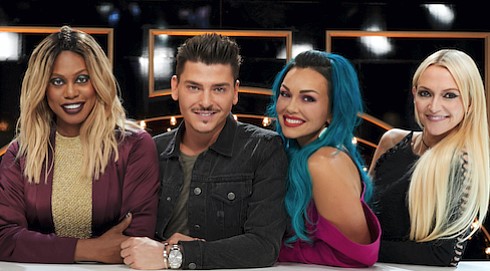 Glam Masters now has its host! Laverne Cox will host the beauty competition series that is coming from Kim Kardashian West.

Lifetime revealed more about the new series in a press release. Check that out below.

Each closed-ended episode will feature four beauty bloggers who will go head-to-head to prove they have the talent, charisma and vision it takes to be the next big name in the beauty world. The winner each week will qualify to advance to the semi-finals where the best will battle it out in the Tournament of Masters finale. In the end, only one of these beauty-obsessed bloggers will get to claim the title of Glam Master.

A trailer for the new series is below. Do you plan to check out Glam Masters? Tell us what you think.