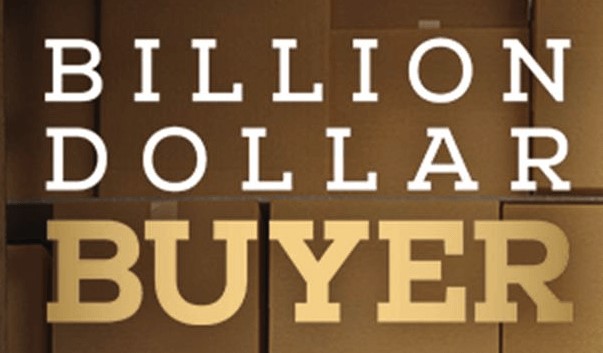 Billion Dollar Buyer is coming back for a third season, and the new season will feature 12 small business owners looking for a big change in their lives. One of those small businesses is LoweCo., which is owned by Sean and Catherine Lowe from The Bachelor.

CNBC revealed more about this series in a press release. Check that out below.

“CNBC today announced the twelve small businesses looking to strike a deal with Tilman Fertitta, Chairman, CEO, and sole shareholder of Landry’s, Inc. – and now, the new owner of the Houston Rockets – on the new season of Billion Dollar Buyer. From restaurants to hotels and casinos – and now sports arenas – Fertitta looks to small businesses to meet his customer’s needs and one life-changing order for these entrepreneurs could mean the difference between success and failure. Season three of Billion Dollar Buyer premieres Wednesday, January 3 at 10pm ET/PT with seven all-new one-hour episodes, including a special update on some of the businesses featured in the past two seasons. Tilman revisits Liber & Co., Bravado Spice, Kismet and more and decides whether or not to increase the original order.

In each episode, Fertitta will spend time with two small businesses, sample their goods, get to know their owners, and assess their compatibility with Landry’s, Inc. He’ll point out flaws in their product and operations, share his expertise, and push for improvements. In the end, he’ll decide whether to place a transformative purchase order with one of the companies, both, or neither.

On the Wednesday, January 3rdseason premiere, Fertitta offers two small businesses an opportunity that could change their lives forever. First up is Autonomy Farms, who hope to end their recent string of bad luck by impressing Tilman with their organic beef and produce. Next up is Too Pretty, an athleisure company with a female empowerment message that packs a punch. If their products are a knockout, Tilman will help their business reach the next level. But if they fail, Tilman will put their bids out to pasture.

The new businesses featured in season three include (*alphabetical order; air dates to be announced):

Fertitta oversees more than 600 properties and over 60 leading restaurant, hotel, and entertainment brands, ranging from high-end properties like Mastro’s and Morton’s The Steakhouse, to such mainstream destinations as Rainforest Café, Bubba Gump Shrimp Co., Saltgrass Steak House, and five Golden Nugget Casinos. With an annual supply spend of $2 billion, his buying power is second to none. Now, he’s personally scouting the country for the most innovative new products America’s entrepreneurs have to offer – everything from food and drink for his restaurants and casinos, to furniture and bedding for his hotels.”

Will you check out the new season of Billion Dollar Buyer? Tell us what you think.

Absolutely love this show! Learning a lot about entrepreneurship… would love to be on the show btw.

I submitted application for 2018 but dates were for 2017. When will casting start for the next seadon Billion Dollar Buyer