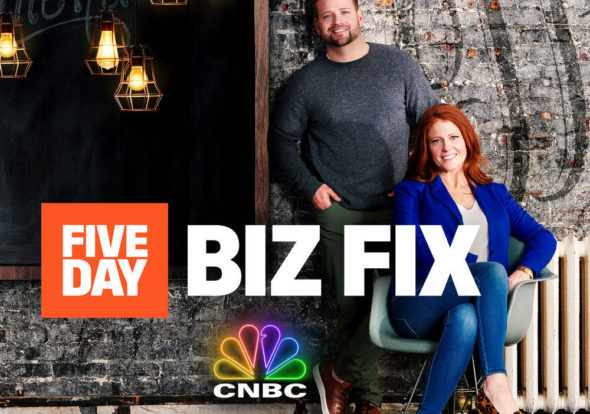 CNBC revealed more about these new additions to their network in a press release. Check that out below.

“CNBC today announced the network’s latest primetime line-up. Beginning in December, a slate of new and returning originals will join the network’s primetime lineup including Five Day Biz Fix, which features a husband and wife design and construction duo who re-invent small businesses by creating additional money-making operations for them in just five days; Listing Impossible, which follows superstar real estate agent Aaron Kirman and his team as they work to sell extravagant, multi-million dollar estates that have been languishing on the market; and The Deed: Chicago returning for a second season, which follows real estate mogul Sean Conlon as he comes to the aid of struggling property investors.

Series Descriptions and Premiere Dates Below:

Husband and wife team Chrissy and Erik Kopplin are experts at re-imagining small businesses from top to bottom with one objective in mind – to increase revenue. In this six-episode series, Chrissy and Erik rely on their years of high-end retail design experience and construction know-how to overhaul a wide range of brick and mortars in just five days – because their clients can’t afford to shut down for weeks on end. From a hair salon in Manhattan, to an independent bookstore in Brooklyn, to a bowling alley in New Jersey, Chrissy and Erik find new ways for them to generate profit and get immediate, tangible results. Produced by Turn Card Content with Audra Smith, Courtney Smith, and Karin Jarlstedt as executive producers. Marshall Eisen and Adam Barry are the executive producers for CNBC.

When L.A.’s wealthiest put their multi-million-dollar properties up for sale, they sometimes learn that the house of their dreams… isn’t anyone else’s. And as a result their very, um, unique creations can end up sitting on the market for years. That’s where superstar real estate agent Aaron Kirman and his team come in. To fix up the homes and attract the right buyers, they’ll need to tell these owners the cold, hard truth – something the rich and powerful don’t always like to hear. The eight-episode series is produced by Authentic Entertainment, a division of Endemol Shine North America, with Helga Eike, Sara Reddy and David Tibballs as executive producers. Luke Bauer is the executive producer for CNBC.

On CNBC’s The Deed: Chicago, multi-millionaire real estate mogul Sean Conlon helps rescue struggling property developers from the brink of financial ruin, in exchange for a piece of the property and a share of the profits. This season: more ambitious projects come with bigger risks… and bigger potential paydays – from a high-end commercial designer who’s more concerned with her brand than the budget, to an ambitious developer who’s trying to leave his past behind, but is buried under a huge flip. The Deed: Chicago is produced by Cineflix (Deed 2) Inc. with Dave Hamilton and Mark Powell as executive producers. Adam Barry is the executive producer for CNBC.”

Check out an extended preview for Five Day Biz Fix below.

What do you think? Will you watch these shows on CNBC when they arrive?