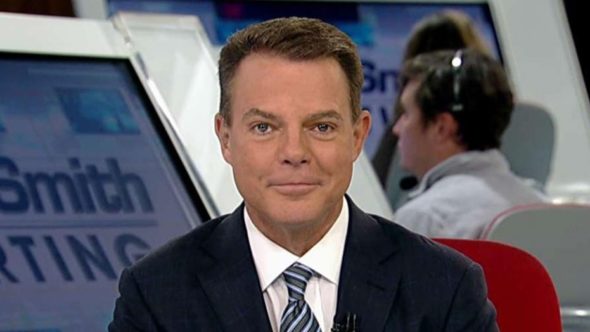 Shepard Smith is returning to the anchor chair. The veteran newsman will soon be hosting the The News with Shepard Smith: program weeknights on CNBC. Smith previously spent 23 years at Fox News Channel where he anchored the Shepard Smith Reporting, The Fox Report, and Studio B TV series. He left Fox News in 2019 and it was announced that he had joined CNBC in July 2020 as chief general news anchor.

CNBC revealed more about Smith’s new show, The News with Shepard Smith, in a press release.

“CNBC, First in Business Worldwide, today announced The News with Shepard Smith will premiere on Wednesday, September 30th at 7pm ET. The live, one-hour program will broadcast each weeknight from CNBC’s Global Headquarters in Englewood Cliffs, N.J. with encore presentations of the newscast airing at 12am ET and 4am ET. Sanford Cannold will serve as Senior Executive Producer and Sally Ramirez will join the network as Executive Producer.

The News with Shepard Smith is CNBC’s nightly newscast providing deep, non-partisan coverage and perspective on the day’s most important stories. Featuring on-the-ground reporting from around the globe, The News with Shepard Smith will go beyond the headlines to give its viewers sharp context into the world around them in real-time. The program will be punctuated by compelling images and expert guests – all pulled together by Shepard Smith’s trademark devotion to speed, accuracy and the trust of his audience.

“The News with Shepard Smith will deliver the day’s news that goes well beyond headlines and political punditry,” said Dan Colarusso, CNBC’s Senior Vice President of Business News. “We are going to tell stories and show images that make sense of an increasingly complicated world.”

“In my more than 30 years in journalism, there has never been a better or more critical time to launch a non-partisan, fact-based evening newscast,” said Shepard Smith. “From the ongoing pandemic to the election and the economy, the mission of this program is to cover the most important news of the day with depth and clarity. Each night, we will be bold, we will be direct and we will deliver the truth to our viewers.”

What do you think? Did you watch Smith on Fox News? Will you watch his new weeknight show on CNBC?

My husband and I are so happy to see that Shepard Smith is an anchor news man for CNBC. When he left Fox News we were heartbroken but now we’re looking forward to seeing him again. Shep you are the greatest, no one delivers news Like you. Welcome back, you definitely have a following of viewers!

Will not watch him. He cannot be unbiased. I will stick with Fox News.

He’s the only one I watched on Fox. I’ll try his new show, I like CNBC, we’ll see.

Financial news (the usual CNBC thing) wouldn’t seem to be in Shep’s wheelhouse, so does that mean the network is attempting a straight (pardon the pun, Shep) news show??

Shep was the only sane voice on FAUX for years, and CNBC (also founded by Roger Ailes, ironically enough) is only slightly less crazy, so he should feel right at home, at least with the personalities, if not the news format of their usual lineup.