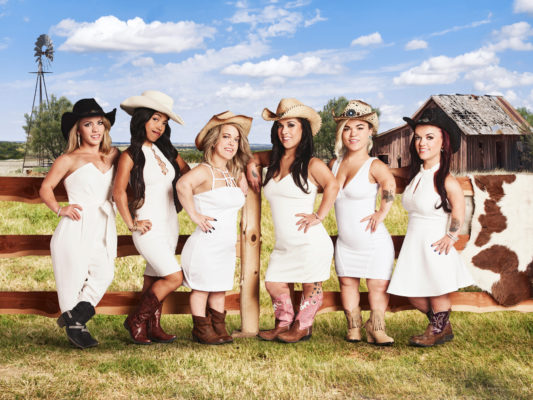 Lifetime is ready for the new season. This week, the network announced their fall 2017 premiere schedule.

The upcoming months will see new seasons of Little Women: Dallas (October 4th) and Dance Moms (October 17th) as well as the debut of new series American Beauty Star (September 21st), a competition show that pits make-up artists against each other.

WENDY WILLIAMS SITS DOWN WITH MICHEL’LE FOR MICHEL’LE: STIll STANDING CHARTING SINGERS LIFE ONE YEAR AFTER SHE REVEALED HER STORY IN SURVIVING COMPTON: DRE, SUGE & MICHEL’LE

Glam reaches a whole new level in Lifetime’s new competition series, American Beauty Star, hosted and executive produced by international icon Adriana Lima. Twelve hair or make up mavens must become ‘beauty directors,’ responsible for creating the overall look of their models. Paired with a teammate who is a master of the opposite craft, together they will compete in a series of beauty challenges each week, from creating high-end editorial looks to the most current glam creations for red carpets and runway shows. At the end of the season, only the contestant who proves they have what it takes to revolutionize what’s to come in beauty will be named American Beauty Star. The series comes from executive producer Norton Herrick and Herrick Entertainment and marks their first venture into reality TV.

Livin’ Large follows the adventures of the hilarious, fun-loving, self-accepting members of the Stepney Family as they pursue their dreams and navigate a world designed for thinner people. Life is too short to focus on weight loss when they could be living life in the fast lane, even when the fast lane can’t quite fully support them. While understanding that they could be healthier, and always striving to better themselves, they don’t let their size hold them back from living their lives full of humor, drama and family adventure. The six-episode marathon which begins at 9pm ET/PT, follows Anicya, Adam, Anthony, Cherrie, Crystal and Danisha through dating, preaching, producing music, riding segways and even ziplining!

It’s a new season for the ladies of Little Women: Dallas! They survived settling into a new city and now they are poised to take on the Dallas scene and make the most out of their messes. The girls have separated into two distinct cliques and drama is brewing. Emily, Bri and Caylea have become tight, while working as a trio on the club scene, while BFF’s Amanda and Asta have welcomed Tiffani into their circle. What will it take to bring the girls back together as friends? It’s clear that there is some growing up to do and with Emily trying to have a baby, Bri figuring out life as a single mom and Tiffani trying desperately to save her relationship, it won’t be easy.

It’s been the most dramatic season of Dance Mom’s in history! It’s been a revolving door of choreographers while Abby is away and starting October 17th, famed dancer Cheryl Burke will step in to work with the girls. Will she have what it takes to stick with the OG’s and the Minis? Watch and find out in a series of all new episodes.

BACK TO BACK SPECIALS

With Abby’s jail time hanging over her head and Chloe’s return to the competitive dance world, fans have been craving answers to their burning questions. Now, in two all new specials, secrets that have been kept for years will be brought to the surface. First, in Chloe & Christi’s Encore, the mother/daughter duo will relive the past and explain to fans what was going on behind the scenes – then and now. Then, it’s Abby’s turn to look back and explain the method behind her madness in Abby’s Last Dance.

One year since Michel’le shared her side of the story in Surviving Compton: Dre, Suge, & Michel’le, her life has changed in ways she never could have imagined. Following a re-airing of the hit movie on October 22 at 8pm ET/PT, a new sit-down special with Michel’le and Wendy Williams will air at 10pm ET/PT. Michel’le opens up to share how her life has changed since the movie premiered, her relationship with her kids and ex’s, the new direction of her career, and her current connection with her fans. Featuring never-before-seen footage of special moments with her family and friends, Michel’le: Still Standing is an intimate look at a woman on the rise. Michel’le: Still Standing is executive produced by ThinkFactory Media with Leslie Greif, Adam Reed, Adam Freeman and Tim Laurie as executive producers. Lauren Celenski executive produces for Lifetime.”

What do you think? Do you watch Lifetime? Which shows will you watch this fall?