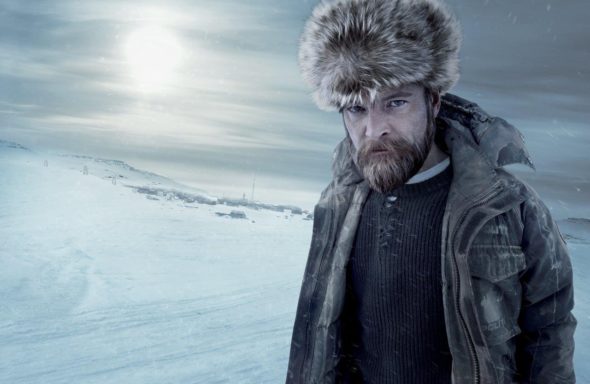 While Fortitude may not be technically cancelled, it is coming to an end. Sky Atlantic has renewed its Fortitude TV show for a third and final season. According to the press release, Foritude season three will be a four-part mini-series, with a release date still TBD.

The first two seasons of Fortitude are available on Amazon in the US. Richard Dormer, Sienna Guillory, Björn Hlynur Haraldsson, Mia Jexen, Alexandra Moen, Luke Treadaway, and Dennis Quaid will return in the third season. New cast members will be announced at a later date. If and when Amazon picks up the final installment of Fortitude, we’ll let you know.

Check out this Sky press release, to learn more about Fortitude season three.

Richard Dormer and Dennis Quaid return to Fortitude for finale

Sky Original Production Fortitude will return later this year for a third and final series.

The third Sky Original Production to be announced today will see the much-loved Arctic thriller back on Sky Atlantic and available on TV streaming service NOW TV in the UK & Ireland, as well as on Sky Atlantic in Italy, Germany and Austria.

This series picks up where the second finished with the death of Governor Munk hanging over the town. Two new police officers are in town from Oslo, sent to Fortitude to investigate the murder, and soon learn the inhabitants of the most staggeringly beautiful place on earth have a lot to overcome…

Star of Fortitude Richard Dormer said: “I can’t wait to get back to this place. I love this world. A brilliant cast and crew. Returning to Fortitude always feels like coming home. And my old friend Dan is waiting for me. And he’s just got this big grin on his face.”

Sky’s head of drama Anne Mensah said: “We know fans of Fortitude all over the world really love this show and we can’t wait to welcome it back. Simon Donald’s created this four-hour special event, which is the perfect ending to the most enigmatic, surprising, shocking and emotional series we’ve ever had on Sky Atlantic.”

Series creator Simon Donald said: “”Fortitude has gripped my imagination like an icy blast to the heart. It’s wonderful to be back for a last dance under the blizzard stars in the cold, dark night and find out who lives, who dies and who goes completely, barking arctic crazy…”

1.4 million viewers tuned in to each episode of the second series last year, which was described as “wholly immersive” by The Observer and “stunning and brilliantly acted” by Empire. Not only a huge hit in the UK, Fortitude has also been enjoyed by millions around the world. Series one and two have been sold to more than 200 broadcasters internationally, making it Sky Vision’s bestselling programme.

2017 was a record-breaking year for Sky Original Productions and entertainment on Sky, which included Sky’s best-performing original series to date in Riviera. This year, Sky will bring customers over 50 Sky Original Productions, including 24 returning series and brand-new commissions, such as the most recommended television show of 2018 in Britannia, which launched last week on Sky Atlantic.

Fortitude is written by Simon Donald (Low Winter Sun) and executive producers for Fifty Fathoms are Patrick Spence (The A Word, Guerrilla), Simon Donald, Dennis Quaid (The Art of More). Sky’s head of drama Anne Mensah is executive producer for Sky. The third series will be produced by Andrew Wood (Will), directed by Kieron Hawkes (Strike) with production design by Paul Spriggs (The A Word).

Fortitude is commissioned for Sky by head of drama Anne Mensah and Sky’s director of programmes Zai Bennett. Sky Vision will handle distribution rights. Fortitude will be filmed at Bristol production base The Bottle Yard Studios and on location in Svalbard, where Simon Donald found his original inspiration for the series.

The first two seasons of Fortitude are free for US members of Amazon Prime. Subscribe here (affiliate link).

What do you think? Are you a fan of the Fortitude TV series? Does ending it with season three seem about right to you? If it were up to you, would Fortitude be cancelled or renewed for season four on Amazon and Sky? Sound off, in the comments.

I wish there was a 4th season. I love Dennis Quaid from Dreamscape and Day after Tomorrow and all the other bizarre movies he’s made. This the strangest Series I’ve ever watched and have loved it.
Really wish it would continue.

Absolute worst ending ever, it actually upset me. No reason or explanation just nonsense about how it’s going to finish with the best 4 hours ever – do me a favour.

I can’t believe Fortitude ended where it did!! There is so much more to see now with Natalie in the state she’s in. I feel we were just left hanging. Maybe that’s the intent but I don’t feel satisfied, nor do I want a cigarette! 😉

We definitely need more seasons of Fortitude!!! Best show ever.

I agree with some other comments. Every series that is really good is being canceled. Grimm, Vikings, The Sons of Anarchy and now Fortitude. There is enough disappointment in the world right now at least we could keep good entertainment. Love Fortitude, a little slow start but an absolutely great Thrillet- Suspense drama filled with fantasy. Keep going!!!!

Why is everything worth watching being cancelled? I wish it kept going. It’s so interesting.

Fortitude is an awesome show. I wish it wasn’t be canceled after season 3.

Why do these idiots always cancel successful series? Someone needs to pick this up and keep it going. Or we will be stuck with Owebommas queen gambit dogsh.t.

Hear! Hear! Honestly the above article is just absolute nonsense.

So bummed to see that Amazon doesn’t have the 3rd season of Fortitude! Just binge watched both seasons, just to be left in the lurch. So disappointed

You get drawn into the show. Sat up watching it all night. Can’t believe it just stopped like this.

Really need to have a 3rd Year. Bizarre but addicting show.

Yes I’m a big fan of Fortitude and we’ve (husband & I) been waiting for the next season, please make it soon.