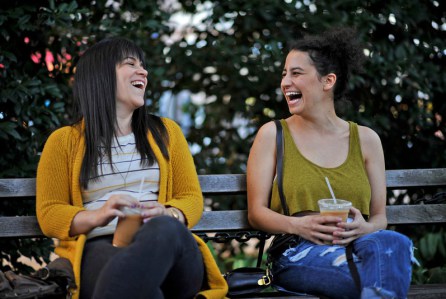 What’s in store for the final season of Broad City? Recently, creators and stars Abbi Jacobson and Ilana Glazer spoke with The New York Times about ending the Comedy Central TV show after five seasons.

In the interview, Glazer explained why the two are ending Broad City after five seasons:

It was more like, the fourth season was bizarrely political, the process of it, and I think that’s why the product turned out that way. Season 4 really took it out of me, from beginning to end, and stretched on for so long. We couldn’t do another one after 5. Couldn’t do it.”

And what can fans expect from the final season of the Comedy Central series? Glazer reveals the two will find new friends:

And we’ve said it for a couple seasons: Will they ever get another friend? And we’re like, nope. And then we’re like, it’s actually a problem. They need other friends.”

The fifth and final season of Broad City premieres on Comedy Central on January 24th at 10 p.m. ET/PT.

What do you think? Do you watch Broad City? How do you want the series to end?

Love the show, and I’m a Trump supporter! Enjoying the new Season so far. Maybe I have a bad memory but I don’t remember it being that political last Season.