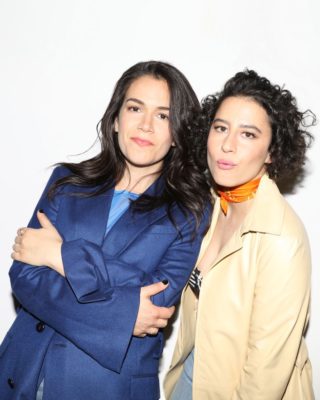 Are you still jonesin’ for more Broad City? Comedy Central just released a new featurette about the TV show.

Fans of Broad City can watch the new featurette from Comedy Central below:

In the short documentary Abbi and Ilana’s Broad City, released exclusively on digital platforms, fans can get an inside look at the making of the iconic Broad City. The doc follows the critically-acclaimed show from its beginnings as a web series to its emotional series finale and features interviews with Abbi Jacobson and Ilana Glazer, cast and crew. Watch here.

In concert with the final season, Broad City partnered with online bidding site Screenbid to auction off rare props, wardrobes, set decorations and other iconic items from the show. For the first time in Screenbid history, 100% of the revenue went to a nonprofit. Abbi and Ilana selected Lemontree, a New York City nonprofit that helps low-income families set the table with a dignified, affordable and healthy dinner. Now that the auction is completed we’re proud to share it raised over $48,000 for the charity!”

What do you think? Are you a fan of Broad City? What are your favorite moments from the series?