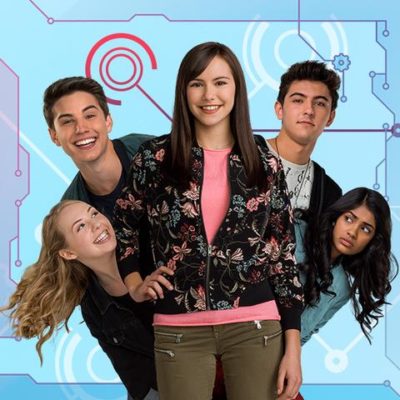 Nickelodeon isn’t sticking with I Am Frankie. Recently, the stars of the TV show confirmed it’s been cancelled after two seasons.

On Instagram, stars Alex Hook and Nicole Alyse Nelson confirmed I Am Frankie will not return for a third season on Nickelodeon. The series’ second season averaged a .17 rating in the 18-49 demo and 787,000 viewers.

What do you think? Do your kids watch I Am Frankie? Do you think it should’ve been renewed?

I also LOVED I am Frankie and I was very upset when I found out that it was cancelled and was crying. . I really hope that they it back but then again I saw that this year (2021) Cole Reyes is about 45 years old and was wondering how that would work out. I still completely say yes for I am Frankie to come and would pay 5 trillion dollars for it to come back. I think I am almost done with season and they had taken ikt off of hulu so I was really mad but then I… Read more »

I loved I am frankie as much as I loved my dog, and thats saying alot. I wish they would make a season three, If they did I would go to coding school for $3000 just so I could send a popup message to everyone in the world saying to watch it then followed by the third season, honestly. I loved this show more than frankie loved cole.

pls make another season in I AM FRANKIE