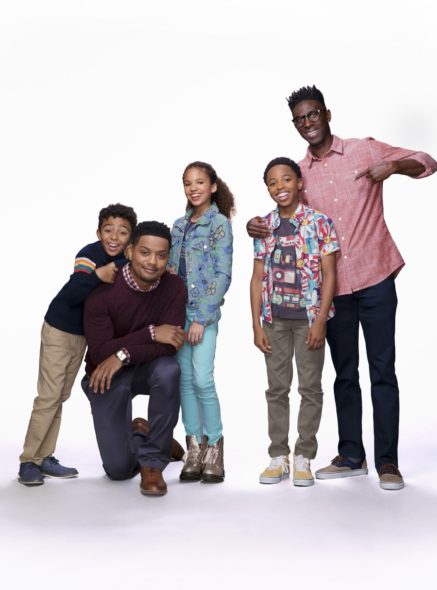 Is living together working out for Stuart and Ivy? Has the Cousins for Life TV show been cancelled or renewed for a second season on Nickelodeon? The television vulture is watching all the latest cancellation and renewal news, so this page is the place to track the status of Cousins for Life season two. Bookmark it, or subscribe for the latest updates. Remember, the television vulture is watching your shows. Are you?

A Nickelodeon sitcom, Cousins for Life stars Scarlet Spencer, Dallas Dupree Young, Micah Abbey, Ron G, and Ishmel Sahid. The buddy-comedy centers on 12-year-old Ivy (Spencer) and Stuart (Young), 12-year-old cousins who are best friends, despite the differences in their backgrounds. Once Stuart’s mom deploys overseas, he and his father, Clark (Sahid), move to Portland, to live with Dad’s brother, Lewis (G), father to Ivy and her brother, Leaf (Abbey). Stuart is now in a whole new city, and he and Ivy are poised for all kind of adventures, if only everyone can learn how to live together under one roof.

The first season of Cousins for Life is averaging a 0.15 rating in the 18-49 demographic with 712,000 viewers. Learn how Cousins for Life stacks up against other Nickelodeon TV shows. (For kids’ programming, the 18-49 demo obviously isn’t as relevant as the total viewer numbers. However, we’re including them so one could compare this show’s numbers with programs on the major networks and other cable channels.)

Will Nickelodeon cancel or renew Cousins for Life for season two? The ratings have been pretty good so I think it will be renewed. I’ll keep an eye on the Nielsens and update this page with breaking developments. Subscribe for free Cousins for Life cancellation or renewal alerts.

What do you think? Do you hope the Cousins for Life TV show will be renewed for a second season? How would you feel if Nickelodeon cancelled this TV series, instead?

Is This NickeLodeon TV show Be Cancelled?