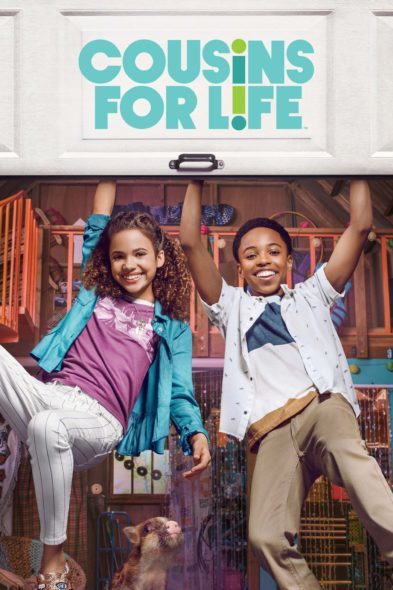 How’s life in Portland for Stuart and Ivy, during the first season of the Cousins for Life TV show on Nickelodeon? As we all know, the Nielsen ratings typically play a big role in determining whether a TV show like Cousins for Life is cancelled or renewed for season two. Unfortunately, most of us do not live in Nielsen households. Because many viewers feel frustration when their viewing habits and opinions aren’t considered, we’d like to offer you the chance to rate all of the Cousins for Life season one episodes here.

A Nickelodeon sitcom, Cousins for Life stars Scarlet Spencer, Dallas Dupree Young, Micah Abbey, Ron G, and Ishmel Sahid. The buddy-comedy centers on 12-year-old Ivy (Spencer) and Stuart (Young), 12-year-old cousins who are best friends, despite the differences in their backgrounds. Once Stuart’s mom deploys overseas, he and his father, Clark (Sahid), move to Portland, to live with Dad’s brother, Lewis (G), father to Ivy and her brother, Leaf (Abbey). Stuart is now in a whole new city, and he and Ivy are poised for all kind of adventures, if only everyone can learn how to live together under one roof.

What do you think? Which season one episodes of the Cousins for Life TV series do you rate as wonderful, terrible, or somewhere between? Should Nickelodeon cancel or renew Cousins for Life for a second season? Don’t forget to vote, and share your thoughts, below.

It is painful to watch the horrible acting, I’m not sure why they haven’t gotten these kids acting lessons. The worst acting I’ve seen in a long time. Cancel it.

I want Cousins For Life to be renewer because it’s my favorite show. It’s funny, fascinating and exciting. It has an amazing cast and I love this show so much. I wish the show is renewed. I want to learn more and dive deeper into the show. It’s going to be worth it.