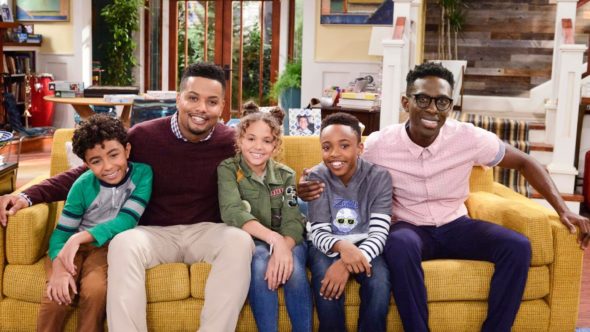 TV show description:
From creators Kevin Kopelow and Heath Seifert, the Cousins for Life TV show is a live-action sitcom for kids and tweens. The buddy comedy follows Ivy (Spencer) and Stuart (Young), 12-year-old cousins who are best friends, despite the differences in their backgrounds.

When Stuart’s mother is deployed overseas, he and his father, Clark (Sahid), move to Portland, to live with Dad’s brother Lewis (G), father to Ivy and Leaf (Abbey). Ivy is a confident and quite social, while her brother, Leaf, is extraordinarily curious, and Uncle Lewis is kind of uptight.

Stuart is now in a whole new city, and he and Ivy are poised for all kind of adventure. Still, their very different families must learn how to live together in peace. Can they pull it off? Stay tuned.

What do you think? Do you like the Cousins for Life TV series? Should this Nickelodeon TV show be cancelled or renewed for another season?

I think it should have another season, I loved that show, it was funny.

Renew this show It has a fresh innocence
that is needed now. I really enjoyed the acting and the storyline. My family and I would love to see more shows
like this.

Please Nickelodeon Renew Cousins for Life for Seasons 2, 3, 4 and so on I love enjoying this show every Saturday Night after Henry Danger or Game Shakers.

Yes renew it,we love the show it amazing,hillarious,exciting and sometimes funny. I think scarlet(ivy)is a go actress. Am also 13 i could be an actor if i had the chance.

Am israelowobi,live in nigeria,i was born march 12 2007.am 4f and11 inch tall. Am in jss3 class,my best subject is math,english and business studies,i love acting and football so much, i wish i could do one out of the two.
I love #scarletspencer.