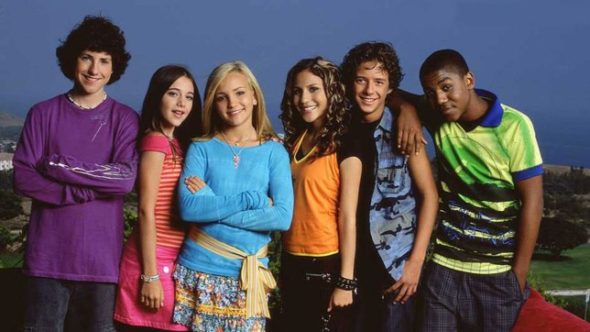 Do you remember Zoey 101? According TMZ, the cast is in talks with Nickelodeon to reboot the cancelled TV show.

The family sitcom followed the adventures of Zoey (Jamie Lynn Spears) and her friends at a Southern California boarding school. The cast also included Paul Butcher, Sean Flynn, Kristin Herrera,and Christopher Massey. The show ran on Nickelodeon for four seasons before ending in 2008.

Per TMZ, Zoey 101 star Jamie Lynn Spears has been talking with Nickelodeon about a possible reboot of Zoey 101. Neither Spears nor Nickelodeon have confirmed anything, but several of the show’s cast members recently reunited. So maybe there’s a chance?

Some Zoey 101 buzz got me talking with my good friend Sean Flynn (“Chase”)… and within about 72 hours, this happened! I’m not sure how I feel about my new glasses, but that was one of the most fun nights ever. A wonderful cast of kids then, and even better all grown up! Much love/respect for all of you! Jamie Lynn is busy shooting her new show in Atlanta. We missed you, congrats! #Zoey101 @mattunderwood @paulbutcher @rioflynn @chrismasseytmb @jacksalvs @victoriajustice @danwarp @abbywilde @erinzariah @jamielynnspears

This night was more than I could have ever expected. Thank you to this amazing cast for making me the man I am today. Thank you to this song for inspiring so many with happiness and pure joy, including myself. Zoey 101 will forever be a huge part of my life. I am eternally grateful to everyone who was a part of it and continues to be. Here’s to many more amazing night, days, weeks, and lifetimes together 🥂 ❣️ @victoriajustice @erinzariah @jamielynnspears @mattunderwood @danwarp @rioflynn @abbywilde @jacksalvs @chrismasseytmb

This GORGEOUS lady right here absolutely Stunned me when she walked in the door to the reunion. If I hadn’t known her since we were wee little tikes, it probably would’ve been mucho difficult to keep myself from stumbling like a middleschool kid with a crush! @victoriajustice #GrowUpGlowUp #Zoey101 #LolaAndLogan #Zoey101Reunion #StopStaringMatt