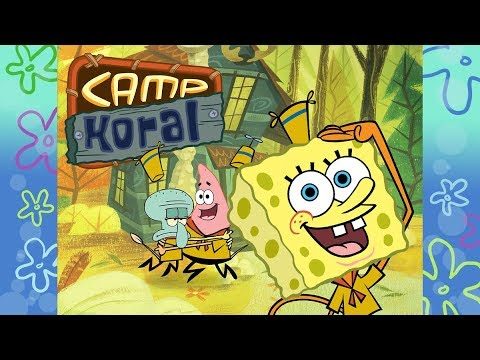 Get ready to see SpongeBob’s younger adventures. The prequel series is the first-ever spin-off for the animated SpongeBob series. Tom Kenny, Bill Fagerbakke, Rodger Bumpass, Clancy Brown, Carolyn Lawrence and Mr. Lawrence will voice their characters from the original series. Episodes will arrive in July.

Nickelodeon revealed more about the prequel series in a press release. Check that out below.

“When our younger characters first meet in Kamp Koral: SpongeBob’s Under Years, there is an instant chemistry among them that could only be conveyed by the incredible talents who have lived and breathed them every day for the last two decades,” said Ramsey Naito, Executive Vice President, Animation Production and Development, Nickelodeon. “We are so excited to have the original SpongeBob cast join our new series, which is incredibly inventive and funny, and visually stunning in CG.”

In the new series, SpongeBob and his pals spend the summer building underwater campfires, catching wild jellyfish, and swimming in Lake Yuckymuck at the craziest camp in the kelp forest, Kamp Koral.

Marc Ceccarelli and Vincent Waller (SpongeBob SquarePants) serve as co-executive producers on Kamp Koral: SpongeBob’s Under Years, which is produced by Nickelodeon in Burbank.”

An exact premiere date for the season was not revealed.

What do you think? Will you check out this prequel series?

Cancel This Before It Airs

This Show Should Not Be Happening. The Creator Did Not Want Any Spin-Offs.