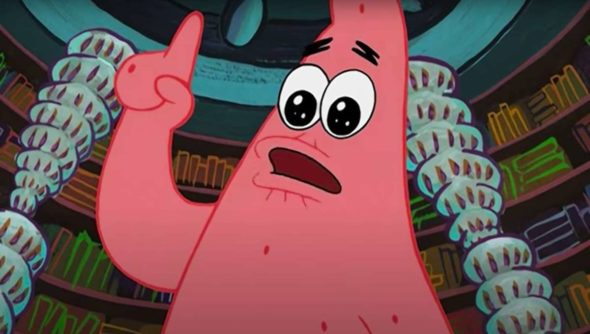 The Patrick Star Show is in the works. Yes, SpongeBob’s buddy is getting his own series and, in the vein of The Larry Sanders Show, Patrick will be getting his own late-night talk show. A 13 episode order is likely, and Deadline reports that voiceover work for the series has already begun.

Deadline shared the following about the new Nickelodeon animated series:

“According to sources, The Patrick Star Show is in the vein of The Larry Sanders Show and Comedy Bang! Bang!, with Patrick (Bill Fagerbakke) hosting his own late-night talk show. I hear the series would revolve around Patrick and his family. Fagerbakke is being joined by a largely new cast voicing new characters, with SpongeBob cast members expected to make occasional appearances, reprising their roles.”

The original SpongeBob SquarePants series arrived in 1999, and it had its first spin-off announced in 2019. Kamp Koral received its own 13 episode order and is headed to CBS All Access.

What do you think? Are you a fan of Patrick and SpongeBob? Will you check out The Patrick Star Show?

The Patrick Star Show and Kamp Krusty should be boycotted by any true fan of Spongebob. Before Stephen Hillenburg’s death he said that he did not want any Spin-offs for Spongebob. Now that he is dead they are going against his wishes and making two spin-offs now.

I hope that Patrick Star Show will become another hit.