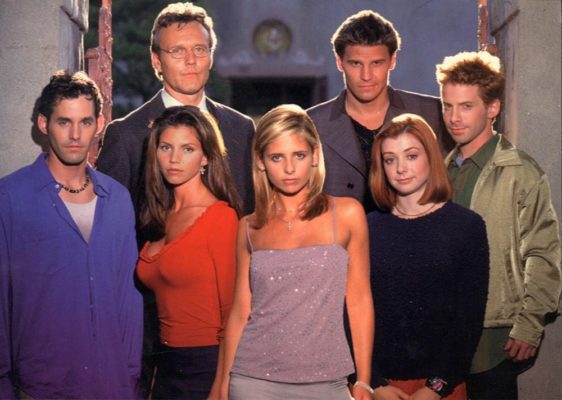 As previously reported, Fox 21 TV Studios is developing a revival of the hit Joss Whedon series. The original WB/UPN show starred Sarah Michelle Gellar as a young woman who moonlights as a demon and vampire slayer. The series ran for seven seasons before ending in 2003.

On Twitter, Owusu-Breen clarified that the Buffy the Vampire Slayer revival will not feature a recast Buffy Summers. Instead, the project will focus on new characters, including a new slayer:

What do you think? Are you a fan of the original Buffy series? Would you watch a revival?

Maybe with SMG as a mentor to the new Slayer?

No because I liked the actors from before

I would be down to give it a try!!!! Like you said you can’t replace the originals they rocked! But a new slayer with a new scooby-gang? Maybe.

If you read the Buffy comic that took place after the original series all the potentials were turned into Slayers by Willow’s magic spell, so this could literally just be called Vampire Slayer: The Series and follow literally anyone female lead from the Buffyverse.

Into every generation a slayer is born…

So… it’s Buffy with no Buffy? Exactly how does that work? And, no thanks.

No…it takes place in the same universe with another slayer…don’t that makes sense to you and you don’t have to watch. I know some of y’all can’t stand to watch someone different. They are not redoing Buffy and the character won’t have her name because it’s someone else and yet people will hate on her like those stupid hateful star wars fans.