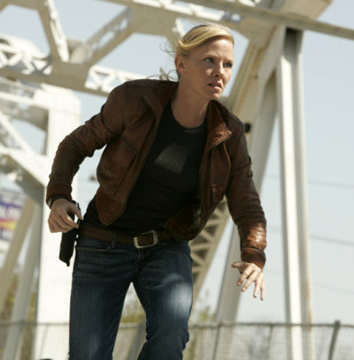 KEEP CHASE… stop cancelling all the good shows and leaving us with stupid reality!

So sad to see this show getting shelved. I really enjoyed it!! I agree enough with the reality tv shows let’s get back to TV.

I wish they didn’t cancel it… 🙁

So tired of NBC, you have to fight for any good shows to stay on. Maybe it’s time to just stop watching tv all together. I enjoyed Chase, it certainly beats watching the “reality” shows; which are nothing more than incomprehensible staged shows. I know! Maybe we could start a “reality” show with all the people tired of the networks cancelling shows before anyone has the opportunity to really get to know them. You know, we could all be sitting on a couch fighting for the remote, or which shows should be DVR’d, trying to decide what snack to eat… Read more »

Yes, I will miss “Chase”. I rarely watch series television becasue rarely do shows catch my attention. “Chase” is one of those shows that DID and I look forward to watching it every week. I really don’t think NBC has given “Chase” a fair shot with the two lousy time slots it has run in (Mon at 10 EST and Wed at 9 EST) and the fact that NBC keeps pulling the show for a lousy game show, (which baffles me why the game show is so popular? Can someone explain this to me?) Is NBC’s total programming lineup so… Read more »

Not sure why we all do this. It’s not as if the networks look at anything except “bang for buck” ratings. That’s why there are so many reality, reality game show, and generally mindless shows on now. I cannot fathom why “Two and One Have Whatevers” is still on. I agree that some of the best shows are on cable, like FX, USA and TNT. When will “they” get tired of watching clueless wantabes on American Idol and the like? I thought Chase was great. I will miss it. Hope NBC sends it on to cable just “Southland”.

I don’t see how anyone could think this a bad show. It’s a good show with talented actors. It just needs a fair chance. Perhaps it’ll be better served on USA network. I hope we at least get to see the full 18 episodes. I’ll be sad to see it go if it does. I always thought the wrong people have those Nielson rating boxes.

NBC you need help. Chase is a good show. If the powers that be would have left it on Monday’s then no problem. You move it around and around then cancel it. Who is running the network. Get a clue and move it to Monday’s cause the stuff you are putting out now is just junk.

I hope they will air the remaining episodes in the summer. And for the future of this entertain crime drama. Let’s see if TNT or USA will pick it up. TNT has done an outstanding job w/ the NBC cancelled South

Chase is an awesome show, I hate to see it go. The networks are so stupid. I wish t.v. was the way it used to be. I am so glad to have Netflix and my Roku.

I’m really surprised there are actually people who liked this show, but out of respect to the fans (and because so many of my own shows have been cancelled), I won’t say anything more. I agree with what (few) others have already said about the show being bad.

Same here. I really like Chase! I have DVR’d and watched every episode!! Moving Chase to a new time slot opposite American Idol was the kiss of death. What genius at NBC came up with that?

NBC has a number of outlets for its programming like the USA Network. NBC, move Chase to the USA Network where it would be on par with the likes of Burn Notice, White Collar, and Covert Affairs.

I agree that Chase is ridiculous, but I enjoyed it nonetheless. I actually went looking for it this week (I usually catch the eps online after they air), and was confused when I found some gameshow on its place. Thanks for the unfortunate explanation.

I also love Chase. I agree with everything each positive person has written. We keep trying to invest our time in something interesting and creative, and each time it is stopped before the end! The cast is a talented fresh variety. The episodes unique. One of the very best on TV! If it is off permanently please at least make entire season available on DVD.

I really wish ya’ll would quit cancelling the good shows and keeping those stupid reality shows. Chase is a fantastic show and I love watching it. So far over the past two years I have had a total of 21 of my favorite shows cancelled. This is getting really frustrating and downright stupid. Ya’ll never leave the shows on long enough for people to watch them, you switch the times and days around leaving people wondering where the hell they went to and can’t find them and wind up missing them and then you wonder why people don’t watch them.… Read more »