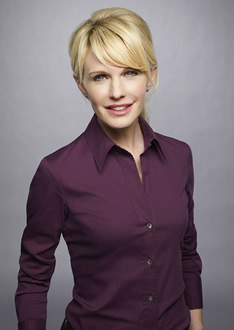 They say it didn’t last never-ending at 19 -49 year olds ,however and they said one of the reasons was because people aren’t DVR it isn’t a DVR a mechanism or an electronic that costed money not everybody could afford them at that time heck I still can’t afford it

Just finishing the complete 7 seasons on Roku TV. How did I miss this the first time around? I would have started a campaign to keep it on the air. Great show. The characters became like family to me. Multi-dimensional, the showed growth, the characters showed vulnerability and flaws too. This should get a reboot on Netflix or Hulu with as many of the original cast as possible. Lotta crap being produced today. This was good stuff , and the premise was outstanding.

I completely agree. The cast of actors and actresses that had played these characters with outstanding talent. With each of the episodes ( unsolved cases) having a great storylines that were both heartfelt and memorable moments, yet enough suspense to perhaps have you changing your mind as to your own conclusions!

OMG You can watch Cold Case (all full 7 seasons) on the Roku Channel! Enjoy!

I completely agree. The individuals working for the entertainment industry are revamping many of the sitcoms, movies and shows many of us have grown up with. I would really like to see a company that wants individuals with many different backgrounds ( income, race where they may reside ) give our thoughts on the topic of entertainment that either interested us or give us bad impressions., as to want in “others and my opinions what entertainment we’d like to see recreated especially with original cast if possible.

It is a shame so many excellent shows like Without a Trace and Cold Case are being cancelled to be replaced by stupid shows that are not funny or about gays. It’s disgusting and the network’s should be ashamed, nobody wants the not funny or gay crappy shows thrown in everybody’s face constantly. They are not any good and the actors suck playing the parts.

i really want you to bring the show back, i can’t even watch reruns…..

We would love to see this show back on it was unique not just another cop show aren’t there enough of those!!!!

I LIKE IT .BUT I WANT TO KNOW IF IT IS OVER FOR US ? THERE IS END OF REALISATION.

We are watching all the reruns and would love to see the return of Cold Case .

Me too. Wish they’d get rid of all the idiotic “reality” shows that are far from real

This show is great rerun or not. I watch every show, all shows all the time. Please return it!

I have been watching Cold Case for about 8 years now and can’t get enough of it. I now watch all the reruns on every channel that carries it and now want to see new episodes. Please bring the show back and dump all of those reality shows that are really “BORING”.

I have enjoyed this show. It hould not end.

I am from peru and I like
I feel sorry for the series to be taken out of the television but praa ruegoa all asked to return the series because it is one of the best artistic creations of recent years, Latin American asked CBS to bring back as magnificent series.