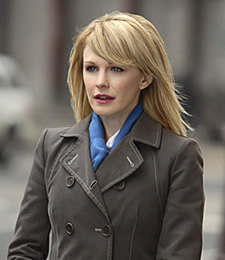 Veteran crime dramas Cold Case and Without a Trace have been fighting for their lives.

While both shows do alright in overall viewership and have more than enough episodes for syndication, they have become expensive to produce over the years. Their audiences also tend to skew older, an ongoing challenge for the Tiffany network. CBS has been looking to cut back on expenses so both of the Jerry Bruckheimer-produced dramas have been on the bubble for renewal. In seasons past, they’d both be considered pretty safe bets.

Well now, CBS has now renewed Cold Case for season seven. No word as yet if the season order will be for 13 or 22 episodes.

The renewal is commonly seen as bad news for Without a Trace since it was rumored that both shows were vying for the same timeslot on the schedule. However, Without a Trace may still be kept alive with an order for episodes that would be aired midseason, or earlier if one of the network’s new dramas tanks.

CBS will release its 2009-10 schedule on Wednesday at its upfront presentation in New York.

these two shows are both REALLY good – there are a lot worse shows out there that should be cancelled instead. Its too bad we in Canada are forced to watch way too many Canadian production that REALLY SUCK!!! I thought we lived in a free country??? I wish we got a lot more programming from the US _they know how to act and produce good TV

Without a trace shouldn’t have been cancelled, It’s must be a very big mistake.

I look forward each week to Without A Trace. There is no other show of it’s kind on tv. Please do not cancel it . You know all these new shows are not going to survive. Also please do not cancel the Unit we watch these two shows faithfully.

Thank you,thank you, for saving Cold Case,its one of my favorite shows:)

Please don’t cancel Without a Trace. It’s one of the best shows on tv.

i alreay wrote a reponsse about without a trace i still agree please don,t cancel it i don,t care howmany seasons it had what difrence does it make i mean is there gonna be a new show anyways on cbs i hope not i already know about cold case what does that have to do with withut a trace without a trace used to come on sundays after cold case butnow it is on tuesdays after the mentalist and cold case is on sundays at 9;00 still it hasn,t moved or csi csi new york csi miamai crimnal minds and… Read more »

i agree i don,t think without a trace should be cancelled i watch it evry tuesday night and i,m going to see he season finale tonight becasue i wanna see what,s gonna happen is danny gonna marry elena is samantha going to go with brian he said thaT HE WAS MOVING OUT AND I GUESS HE WANTS SAMANTHA TO GO WITH HIM HE IS THE FATHER OF HER BABY AND OF COURSE WHAT ABOUT JACK HE LIKE HER MORE I SAW THE EPISODE BETTER ANGELS AND I SAW THE KISSING PART AT HE END I KEPT WAITNG FOR IT AND… Read more »

I love both cold case and without a trace. But, most of all I love “LIFE” This is the only program I have ever written about the fact that it has been cancelled.

I’m so glad they saved Cold Case! It’s one of the best shows on tv.

Don’t cancel Without A Trace. I love this show and look forward to it every week.