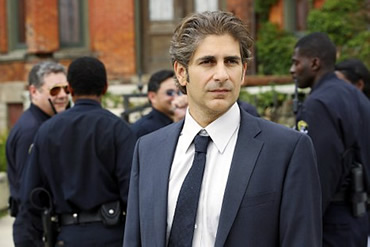 I am so SICK of this “18-49” Demographic!. SICK OF IT! Networks, this is 2011. Do you know, or care that a lot more people watch shows than are counted by the stupid neilsen boxes? Oh wait, you probably don’t even count those now, not many of those viewers are 18-48, now, are they? Did you know that that show you think has “2.0 millions viewers’ actually probably has maybe 4 times that many, due to DVRS, Hulu, On Demand, etc? My cable company has something called “Primetime On Demand,” wherein, a day or two after a network show airs,… Read more »

I love this show. There are so few good stories on TV. I would hate to lose this one. I wish it could be on earlier.

This show is fantastic. I really hope it ends up getting a chance for a 2nd season.

I like the show and it should be renewed for a second season, the characters are quirky and it reminds me a lot of NYPD Blue and also Homicide on the streets,,

OMG! Can’t believe they would consider dumping this show! Love it! So excited at the end of tonight’s episode there were previews for next week …… the show is great ….. keep them coming. So many interesting characters! YEAH! looking forward to next week’s episode.

I really really like this show and would hate to see it canceled. The characters are well-defined, quirky, and likable; especially Michael Imperioli as the brilliant but curmudgeonly Fitch-“fascinatingly odd”. The actors playing the roles do a great job and the show feels real…the storylines are plausible and interesting. Quality acting, quality writing, but low ratings…which explains the deplorable state of network TV today. It would be a pity and a shame if this worthwhile show was canceled; not to mention the loss of revenue to the beleaguered City of Detroit. But wait! There’ll be room for another dumb-ass, trailer-trash,… Read more »

Love this show, great writing and even better acting. Jeez, leave one decent show on the air.

This show rocks- its got great writing!!!!! ABC would suck if they cancelled it- why keep crappy shows like the bachelor but cancel DETROIT 187?!!!! It would probaly do better in a different time slot/day- DONT CANCEL DETROIT 187!!!!!

Tough, gritty show with some really GOOD acting. Good scripts with good plots. So much CRAP that is on that has been renewed, I would be greatly disappointed if this was taken off the air. One of the FEW network shows I watch!

I’m hoping for a second season. One of the few programs I bother to watch anymore. Good stories, plus great cast. ABC needs to give it a chance.

Good point, Jeff D. It has got to be tough to drag viewers away from CBS and over to ABC with the strong CBS Tuesday night schedule. With No Ordinary Family and V as lead-ins, it is even less surprising that Detroit 1-8-7 has a hard time getting viewers. It is so rare for ABC to have a quality program that I hope they don’t get rid of it.

The show had a rough start. I knew many people who watched the first couple of the episode’s and didn’t care for the filming technique so didn’t watch the rest of the series. I think the series has gotten better with every episode, and I would be very disappointed if it is cancelled. Possibly a different time slot or a different marketing campaign.

Give this show a second chance, I like it!

I think it’s a good show, but suffers in a tough time slot – it’s up against The Good Wife, which keeps its audience who watch the two NCIS shows.

I always record it On Demand on Wednesdays.

I think if they renewed V, they’ll renew this. This is a much better show and has very good storylines. It’s an excellent show and deserves another chance. Put it on another night. Please ABC give it another chance.