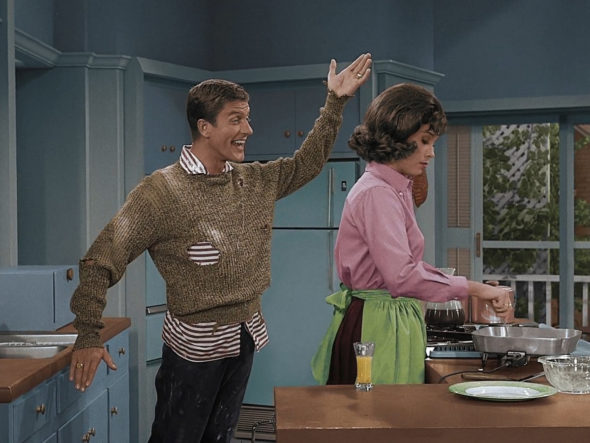 Get ready for a new Dick Van Dyke Show special, but this time it will feature Mary Tyler Moore. Carl Reiner selected two episodes that will showcase the iconic actress.

CBS revealed more about the special in a press release. Check that out below.

“I picked two of the funniest episodes we did, and I remember them fondly because they both showcased our wonderful Mary. I treasure her memory,” said Reiner.

The special features the season one episode “My Blonde-Haired Brunette,” written by Reiner, and the season three episode “October Eve,” written by Bill Persky and Sam Denoff. The main titles and end credits of the two episodes are seamlessly combined into one set – at the beginning and end of the hour – with no interruption between the episodes.

In “My Blonde-Haired Brunette,” Laura dyes her hair blonde when she fears the romance between Rob and her is fading. The episode was first presented on Oct. 10, 1961, during the series’ first season.

In “October Eve,” a painting of Laura returns to haunt her when, despite her having posed fully clothed, the artist (played by Reiner) takes the liberty of “undraping” her. The episode was first presented on April 8, 1964, during season three.

“In ‘October Eve,’ I got a chance to perform on the show as someone other than Alan Brady, and I loved the character of Carpetna the artist as soon as I read it,” said Reiner. “When I saw it in color, it was better than I ever dreamed it could be.”

The Dick Van Dyke Show originally aired on CBS from Oct. 3, 1961, through June 1, 1966, finishing in the Nielsen Top 10 in three of its five seasons, peaking at #3 during the 1963-1964 season. The show received 15 Primetime Emmy Awards, including three Emmys for Dick Van Dyke, five for Carl Reiner and two for Mary Tyler Moore.

Carl Reiner is an executive producer, with George Shapiro and Paul Brownstein. The Dick Van Dyke Show is distributed by Paul Brownstein Productions.”

Will you check out this holiday special of The Dick Van Dyke Show? Tell us what you think.

This is a definite watch for me! The Duck Van Dyke Show is the best sitcom ever to be produced!

I loved the Dick Van Dyke show, so yes I will tape it and watch it.

I really HATE that they’ve colorized these!! This was one of top 3 best sitcoms of all time and does not need to be changed. By colorizing these, we’re tracking younger folks not to tolerate watching things in black and white, which is a shame, because many very fine movies and TV shows were made in black and white.