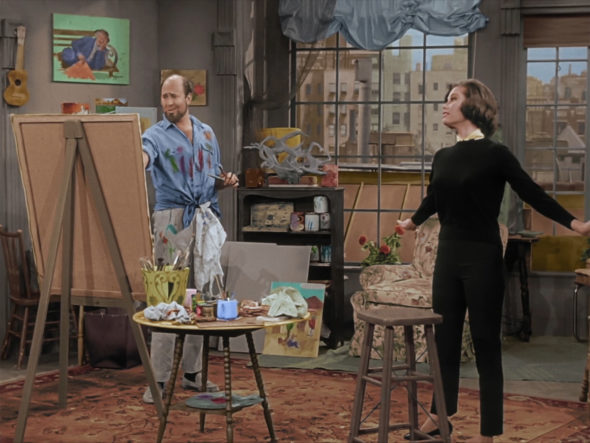 Get ready to celebrate the work of Carl Reiner with a special episode of The Dick Van Dyke Show. CBS is planning to air a colorized episode of the series later this week.

CBS revealed the following about the special broadcast in a press release:

The special features “Coast to Coast Big Mouth,” which ranked #8 on TV Guide’s list of the “100 Greatest TV Episodes of All-Time,” and “October Eve,” which Mr. Reiner considered to be one of the series’ funniest episodes. Both were written by Bill Persky and Sam Denoff.

In “Coast to Coast Big Mouth,” Laura Petrie blurts out a top secret on a national television quiz show, revealing that comedian Alan Brady wears a toupee. The episode, which was the show’s fifth and final season premiere, was originally broadcast on Sept. 15, 1965. “Coast to Coast Big Mouth” won an Emmy Award for Outstanding Writing for a Comedy Series in 1966.

In “October Eve,” a painting of Laura returns to haunt her when, despite her having posed fully clothed, the artist (played by Carl Reiner) takes the liberty of “undraping” her. The episode was first presented on April 8, 1964, during season three.

In December 2017, Mr. Reiner said: “In ‘October Eve,’ I got a chance to perform on the show as someone other than Alan Brady, and I loved the character of Carpetna the artist as soon as I read it.”

Most recently, both episodes aired on CBS in two separate THE DICK VAN DYKE SHOW – NOW IN LIVING COLOR! specials executive produced by Mr. Reiner, on Dec. 11, 2016 and Dec. 22, 2017, respectively. The episodes were hand-picked by Mr. Reiner to be included.”

What do you think? Will you watch this special event on Friday night?

Would have been nice to know these episodes were being televised. Get this email
Today July 6 saying it was going to be on July 3

It sounds like your email alerts are set to go out weekly. You might want to change the setting to daily. You can find the link to adjust your settings at the bottom of the alert you received.

You better believe I will watch! What a great idea! I’ve been a fan of Mr. Reiner forever & still watch reruns of The Dick Van Dyke Show that are as enjoyable now as when they were first broadcast those many years ago.

It will be a pleasure to watch The Dick Van Dyke Show …even in color :).

(Are you kidding? It’s not often you get to see quality TV that’s not riddled with PC data. Will definitely watch