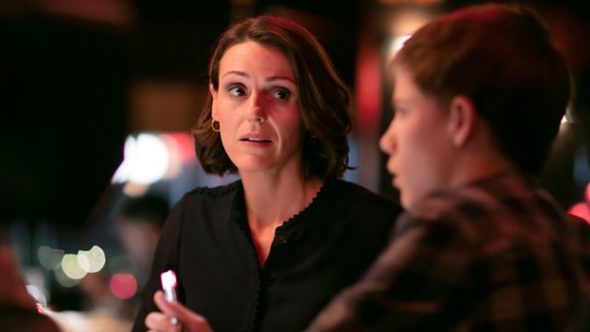 Is the second season of the Doctor Foster TV show on Lifetime just what the doctor ordered? As we all know, the Nielsen ratings typically play a big role in determining whether a TV show like Doctor Foster is cancelled or renewed for season three. Unfortunately, most of us do not live in Nielsen households. Because many viewers feel frustration when their viewing habits and opinions aren’t considered, we’d like to offer you the chance to rate all of the Doctor Foster season two episodes here.

A Lifetime British drama series, Doctor Foster stars Suranne Jones, Bertie Cavel, Tom Taylor, Jodie Comer, Victoria Hamilton, Adam James, and Prasanna Puwanarajah. The story centers on Doctor Gemma Foster (Jones), whose life falls apart after she discovers her husband’s affair. In season two, things are getting back to normal for Gemma. She’s trying to move on from her divorce and raise her teenaged son, Tom (Taylor), but her ex-husband Simon’s (Cavel) return complicates everything.

What do you think? Which season two episodes of the Doctor Foster TV series do you rate as wonderful, terrible, or somewhere between? Should Lifetime and BBC One cancel or renew Doctor Foster for a third season? Don’t forget to vote, and share your thoughts, below.

Forget Lifetime if they won’t air Dr Foster season 3. Lifetime has crappy movies anyway. I love The Dr. Foster series and I would love to see more. I love watching reruns on Netflix. Put the rest of the series on Netflix I have a subscription.

Please do not cancel Dr. Foster It is such a great show we love watching it and very much looking forward to season 3!!

LOVE Doctor Foster. When is Season 2 Episode 3 coming on?

All episodes of season 2 are on Netflix

I love Dr Foster hopes it keeps coming back season after season!!

Why is it not on this week, has it been taken off. Watched last week!

Why is it not on this week too? Has it been taken off?

I totally love DrFoster. Please let there be a season 3 with more to follow. I can’t get enough of this show!