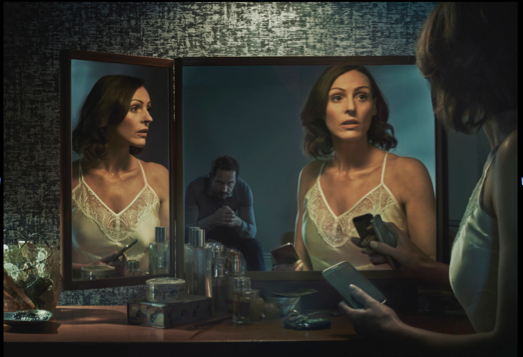 The doctor is back in. Recently, Lifetime announced season two of Doctor Foster will premiere on March 18th.

The British drama stars Suranne Jones as Doctor Gemma Foster, “whose life unravels after her husband has an affair.” The cast also includes Bertie Carvel, and Tom Taylor.

The critically acclaimed award-winning drama about a doctor whose life unravels after her husband has an affair, returns for a second season beginning March 18 on Lifetime Movies.

Life is getting back to normal for Doctor Gemma Foster (Suranne Jones, Scott & Bailey) after the turmoil that followed the discovery of husband Simon’s (Bertie Carvel, Les Miserables) betrayal.  Attempting to move on from the divorce, Gemma is focused on creating a stable life for their teenage son Tom (Tom Taylor, The Dark Tower), but Simon’s surprise return complicates matters. As Gemma finds herself increasingly at odds with Simon, she scrambles to uncover his secrets.  But how far will Gemma go to protect the ones she loves?

The series, which premiered its second season this past September on BBC One in the UK, has garnered rave reviews from both audiences and critics since its inception.

What do you think? Have you seen Doctor Foster? Will you watch season two?

What is going on??? All of a sudden no scheduled episodes beyond 2 season 2! Why is no one answering what happened?

Hi guys, I just noticed that all season 2 episodes are on Netflix now!

I was wondering what happen to Dr Foster. I had set my DVD to watch 2 & 3 had to work that weekend came home to watch it nothing came on. It was another movie showing. Was it canceled, you can’t leave us hanging like that….. I like the show please please bring it back.

when is episode 3 and 4 going to be aired of season two, can’t leave us hangong like this

I watched all of season one on Netflix. I was wondering when the second season would come out and then I found it on Lifetime got super excited! Now I’m trying to figure out when it comes on tv. I’ve only seen it on the app.

I am hoping it’s going to air soon, this is ridicuous it’s such a good show

What happened to the Doctor Foster episodes? Lifetime aired Episodes 1 and 2 of Season Two and had the next ones scheduled to be shown this week and they have been removed. What happened. Please air them soon. Lifetime cannot leave us hanging.

When will season 2, episode 3-5 be aired? They were listed for this past Sunday but another movie played instead.

I am also disappointed at not being able to find the remaining episodes (beyond episode 2) of season 2. I can’t imagine why Lifetime would stop airing this series so abruptly. My impression of Lifetime has soured!

Yes I was excited to watch the next two episodes last Sunday, and the channel showed them on the guide but a different movie played instead. So disappointed! I found them on Amazon Prime available for purchase and I may do that if Lifetime doesn’t deliver.

As a Brit who’s seen season two… it wasn’t as well received over here as season one. An ocean’s worth of sharks shall be jumped. But since you guys bought Bobby Ewing waking up in a shower in Dallas, I’m sure you’ll be fine with it.

How rude of our British cousin…..