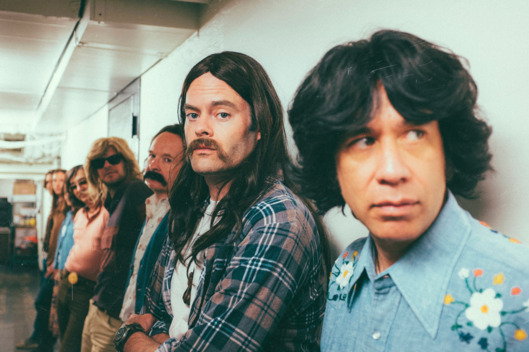 Documentary Now! is back in action. Recently, IFC announced the TV show will return with season three in 2019.

From Seth Meyers, Fred Armisen, and Bill Hader, the comedy pay homage to some of cinema’s most memorable documentaries.

Season three of Documentary Now! begins production in June, with a premiere set for early 2019.

Read more info from IFC below:

· Paying homage to the multitude of historical space-race documentaries and filmed in a style alluding to the 1998 mini-series “From Earth to the Moon,” the episode currently titled “One Giant Leap” follows the heart-racing journey of the American heroes who pulled off the biggest live television spectacle of the 20th century: the Apollo 11 moon landing.

· Drawing inspiration from the 2012 documentary “Marina Abramovic: The Artist is Present,” which follows conceptual artist Abramovic as she prepares for her art exhibition at the Museum of Modern Art, the episode currently titled “Waiting for the Artist” follows an internationally acclaimed performance artist as she prepares for a major career retrospective, while reconciling her relationship with her former lover – an infamous provocateur of the art world.

Debuting in 2015 to rave reviews from critics, Documentary Now! quickly became a fan favorite thanks to its insightful comedic take on some of the most well-known documentary films. Each episode, delightfully hosted by Dame Helen Mirren, takes viewers back in time to honor certain documentaries and share a captivating (if completely untrue) story referencing these timeless films. Guest stars from the first two seasons include Faye Dunaway, Mia Farrow, Maya Rudolph, John Slattery and more.

What do you think? Have you seen Documentary Now!? Will you watch season three?